The social media giant joins in on the game streaming channel market with its all-new Facebook Gaming app launch. This could be Facebook’s new strategy to climb further up from third place in the live video game broadcast scene.

With the rise of demand in online streaming, especially in the gaming area, Facebook allegedly did an early launch of their app.

Reportedly, the original release was still penned in for June. However, with game streaming being one of the main sources of entertainment nowadays, Facebook has strategically decided to introduce it earlier to divide the massive broadcast views today.

The need for an app

In a nutshell, the Facebook Gaming app is similar to the functions of Twitch, Mixer, and YouTube.

Facebook Gaming actually already exists, but as a tab on the social media network. Since the rise of online game streaming, Facebook has already housed many famous streamers.

In fact, it has been noted that “more than 700 million of its 2.5 billion monthly users already engaged with gaming content.”

The need to make an app for the already existing Facebook Gaming concept may root fro many different reasons, aside from dividing the views.

We don’t want to be the background window in a Chrome tab while someone is doing their homework or doing something else. With mobile, if you have the app open and you’re using the app, it’s in the foreground. You can’t do anything else on your mobile phone, and that is extremely powerful.

With that said, the Facebook Gaming app is actually more focused on mobile game streaming. It gives streamers a hassle-free option of streaming directly from the phone without the need for third-party apps.

VP Sharma noted that the “mobile experience is more intense than the computer viewing.”

Also, the Facebook platform is a variety of many streaming categories, not just gaming. Launching a separate app may isolate the social network’s numbers in this category.

Fight for the numbers

Aside from improving the mobile streaming experience, of course, there’s also the broadcast numbers to consider.

However, Facebook only places in third with 553.8 million worth of total hours watched, compared to Twitch’s 3.1 billion, and that of YouTube Gaming Live’s 1.1 billion. 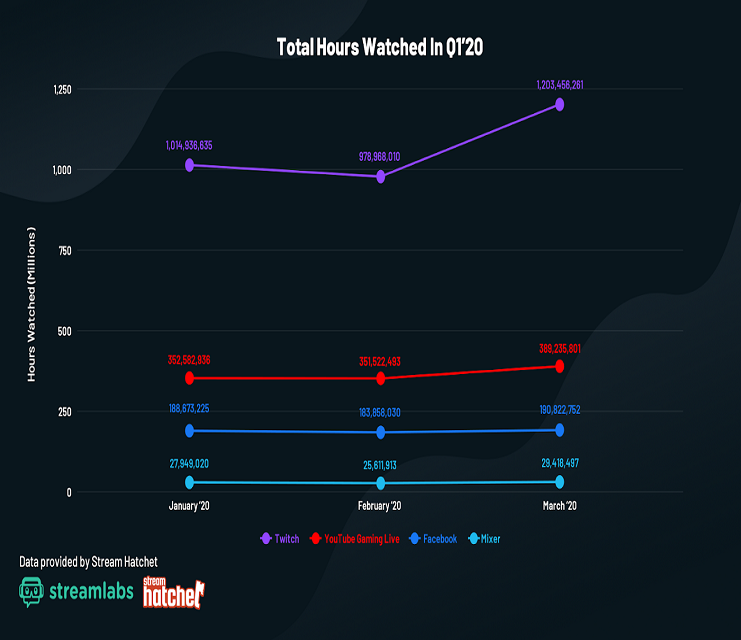 Meanwhile, CNBC noted that the Facebook Gaming app has been available for the past 18 months in Southeast Asia and Latin America, for its testing phase.

The functionality of the app is actually similar to that of its Gaming tab on the social media website.

However, there’s an added feature called “Go Live” that allows users to host a mobile game live stream directly from the phone to Facebook, without the need of a third-party application.

Content creators can earn money through Facebook’s “stars,” which viewers can send to them. As of the moment, the monetization in the app is still limited.

There’s a lot of things that Facebook needs to work on for the game streaming app. In fact, Wired noted that the social network is still fine-tuning the app’s features, such as its discoverability.

Right now, Facebook Gaming is only available on Google Play. The iOS version is yet to come, as Facebook awaits approval from Apple.