Users of a new London-based exchange received as much as half a billion dollars worth of Bitcoin Cash each, in an embarrassing airdrop fail.

The world’s first SLP token marketplace Cryptophyl, got off to a slow start by bungling the airdrop for its first token listing for SPICE.

Users of the London-based exchange were astonished to open their wallets after the airdrop to discover they’d become multi-millionaires – with some discovering their net worth on paper exceeded half a billion US.

Based on current prices, Bitcoin Cash is worth about 924,126% more than SPICE.

SLP stands for Simple Ledger Protocol (SLP) and is a protocol for issuing tokens on the Bitcoin Cash blockchain.

Team – we have accidentally dropped BCH instead of SPICE – we have halted trading and withdrawals until we fix this issue and correct it all for you. Please bear with us for a moment and will update here & and in our Telegram group. Funds are safe.

The exchange was founded by Semyon Germanovich, who was also behind the now-shuttered BCH exchange Voltaire.

The airdrop snafu seemed to prove the truth of Germanovich’s favourite quote from the philosopher Voltaire, which he’d cited in a press release/post for the airdrop a few days earlier: “Perfection is attained by slow degrees; it requires the hand of time.”

Airdropping BCH instead of SPICE

The airdrop went out on August 7 at 9.00 GMT, and to participate users needed to have Bitcoin Cash or SPICE in their Cryptophyl accounts.

As long as the minimum balance was met, the exchange would airdrop the 5 million SPICE.

Things were looking pretty good with more than half a million dollars’ worth of Bitcoin Cash and SPICE deposited before the airdrops. 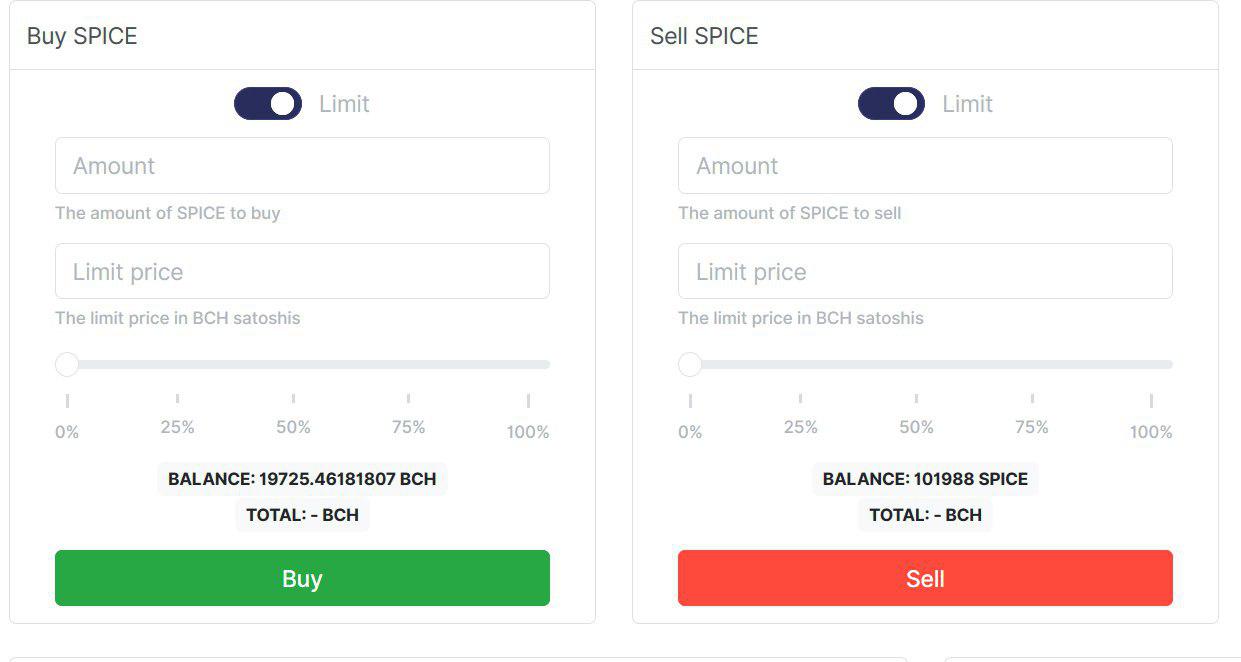 But it didn’t take long before the first hints things had gone horribly wrong filtered through on Telegram.

Engelman put up a screenshot of his balance: 1,703,961 BCH, worth more than half a billion.

Let’s withdraw it before they notice

Thoughts quickly turned to making off with the loot.

“Quick get it out,” said Shin Linzerd.

Some users rushed to withdraw their ill-found gains (or at least check if they could for the fun of it).

However, the exchange had already disabled withdrawals.

“Hey folks – we have accidentally dropped BCH instead of SPICE – we have halted trading and withdrawals until we fix this issue and correct it all for you. Please bear with us for a moment.” 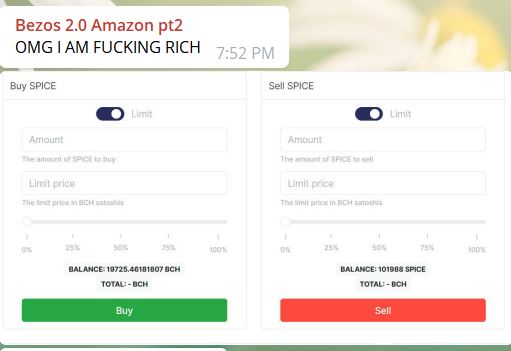 Nobody managed to withdraw the BCH, so the exchange will live to fight another day.

“Funds are SAFU! No withdrawals have taken place. Fix is on the way,” wrote Jamahl.

Founder Semyon Germanovich told Micky the engineering team had “made a small error in the code and the security guys didn’t pick it up during review.

“We ended up dropping 5 million BCH instead of Spice. The maths worked out and everyone got their correct share, but the wrong asset,” he said.

“Despite this, we had safeguards in place to prevent loss of funds: we disabled trading and withdrawals during the airdrop and we had a rollback procedure which allowed us to revert the incorrect airdrop in minutes.

“Once we found the error in the airdrop script, we quickly deployed a fix and went ahead with the airdrop as planned.”

The second time the airdrop went off pretty smoothly and it wasn’t a bad result in the end for a fledgling exchange or its users.

Users were airdropped 2116 Spice tokens for every 1 BCH in exchange holdings and the exchange ended up with 2362.9 BCH.

For every 1 BCH in exchange holdings, 2116 Spice was distributed. #thespicemustflow

Germanovich apologized to users for the first bungled airdrop in a pinned note in the Telegram group.

“We’re going to think long and hard about what we’re going to do for that to not happen again. Sorry for the lack of confidence we may have caused during the failed airdrop. I hope you guys enjoyed the drop and are looking forward to next week’s drop”

The small community seemed pretty understanding and Germanovich reported that “Despite the initial fear and disbelief in the team, in the end, it seemed that our users didn’t mind much and found it amusing.”

Joey B said: “In a year when Cryptophyl is a big exchange we will be able to “remember that time…”