Home Blockchain FAKE NEWS: No, Tether is not ‘more popular than Bitcoin’

Bloomberg, and numerous crypto media outlets, report that Tether has overtaken Bitcoin as ‘the world’s most widely used cryptocurrency’. Are they right?

Except it is. You don’t need to be a Bitcoin maximalist to know that.

The ‘news’ was reported uncritically by Beingincrypto, FX Street, the Toronto Star, Coinspeaker and many more.

“If you think it’s Bitcoin, which accounts for about 70% of all the digital-asset world’s market value, you’re probably wrong.”

She reports Tether’s volume first surpassed Bitcoin in April, and has been consistently higher since early August.

If you think Bitcoin is the world's most widely used cryptocurrency, you're probably wrong https://t.co/ynnKIzsbkG pic.twitter.com/MbPsD5wi4Z

And here’s the proof …

Taken at face value these figures suggest Tether is a fifth more popular – or if you want to be precise, 20.322% more popular than Bitcoin.

The reporter concluded: “it’s arguably the most important coin in the crypto ecosystem.”

Tether is important, in all the wrong ways

The world’s fourth most popular cryptocurrency by market cap is the most important in the sense that its failure could bring the entire crypto market crashing down, and its ongoing presence reduces the legitimacy of the entire industry.

That’s because it’s difficult to ascertain if Tether is really backed by the amount of US dollars it should be, and it’s currently embroiled in an $850 million fraud case in New York.

Eagle eyed readers will have spotted Bloomberg’s mistake straight away – it relied on CoinMarketCap’s figures which are less reliable than a $1 Chinese micro-SD card from eBay.

To give you one example: back in July, Forbes reported that the 20th most popular exchange on CMC was simply taking the Binance feed and passing it off as trading activity on its platform a few seconds later.

Figures come out in the wash

If you ignore wash trading, then Bitcoin is more popular than Tether.

According to the Blockchain Transparency Institute, Bitcoin is one of the least wash traded coins in the top 10.

Which is hardly anything to boast about, but it does mean that 51.51% of Bitcoin volume is genuine.

Or to put it another way, Bitcoin is 12.4% more popular than Tether.

The supplementary numbers are …

This is backed up by OpenMarketCap – a CoinMarketCap competitor set up in the wake of the BitMEX submission to the SEC that found 95% of crypto volumes were fake.

It carries verifiable data from the ‘real 10’ exchanges identified by BitMEX – including Coinbase Pro, Binance and Gemini – along with four other community voted reputable exchanges. 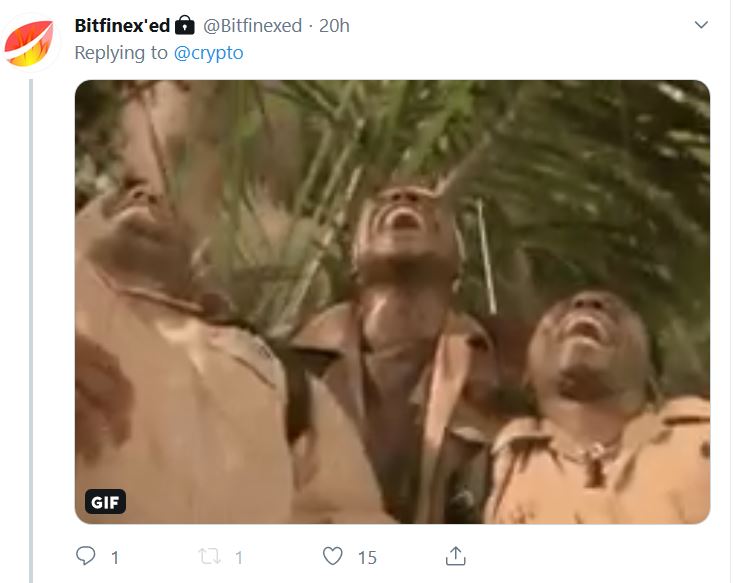