Fallout 76 is adding more customization options. The next update will allow players to clothe their allies as well.

This process allows players to share their wardrobes with their NPC pals in Fallout 76. Much like how players can clothe companions in previous installments, players can give spares to allies.

Allies in FO76 are similar to NPC companions in the previous installments for Fallout. Their jobs are almost the same, opening doors, helping with combat, and opening questlines for players. Others even allow for a level of romance at some point.

Even then, players are unable to dress their allies until Update 19. Players can give their allies almost everything but weapons and power armor. The new customization options are purely cosmetic changes, with no improvements in stats or fighting ability.

Apart from ally customization, there are more additions given to this week’s update. For starters, a new hunt for mole miners allows for newer questlines starting May 21.

The Fasnacht Parade will also start on May 25, allowing players to get Fasnacht Masks to add to their collection. There are also further improvements in the naming of weapons and armor.

Update 19 corrects a pile of bugs and fixes many glitches in the game. This update is likely the last minor update for the game until the next Update 20. Update 20 will likely be among the bigger updates. 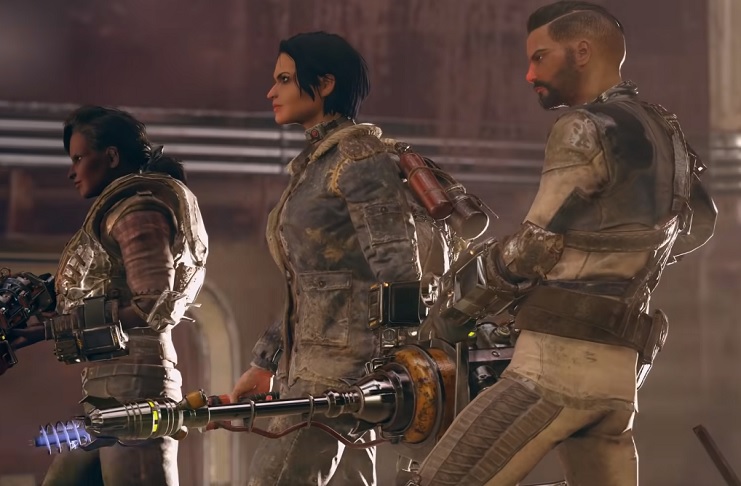 Coming this summer, Update 20 will implement the season pass for the game. Fallout 76 is looking to add seasons to the game as a way to add more activities to the game. The first Summer season pass will be free, but subsequent will come at a price.

The game managed to shift away from its initial troubles with its last Wastelanders Update. The major update overhauled the entire game, adding missing NPCs, new questlines, and fixing major bugs.

The update rejuvenated Fallout 76 enough to convince players to give it another chance. Bethesda is pushing on with a barrage of updates to keep players going.