Home Gaming ‘Fallout 76’ is on limited trial until May 18

Bethesda’s post-apocalyptic MMORPG is trying to create interest after their Wastelanders update. Bethesda’s Fallout 76 experienced years upon years of ridicule for its many mishaps.

With the newest Wastelanders expansion, the game changed so much of its gameplay. The publishers are trying to encourage people to give them a chance with their renewed content.

Much of the new gameplay with FO76 comes from its new Wastelander update. The expansion added much-needed content missing from the game. It also resolves many of the problems that fans had with the entire experience.

It's a whole new Appalachia. ????
Starting Thursday – May 14th through May 18th, come experience all that #Wastelanders has to offer during #Fallout76's free to play weekend. pic.twitter.com/O9IGSysB7K

The new update now lets you play with human NPC factions missing for the most of the online game. There are also more ways to build bases and enjoy the game by yourself or with friends.

For people who own the game, players will also get double XP this weekend throughout its duration. This double XP takes away a lot of the grind sessions that trial players will do.

Is Fallout 76 experience worth the try? It depends on how interested fans are. New players likely can’t use past experiences as the basis for their expected gameplay.

Fallout was among the most promising titles of the last few years. Right after Bethesda acquired the IP from Black Isle Studios (now Obsidian), the company revolutionized the game.

Moving from its isometric RPG roots, the company moved it towards an FPS RPG experience. For the longest time, the games were single-player experiences. FO76 was the odd entry. 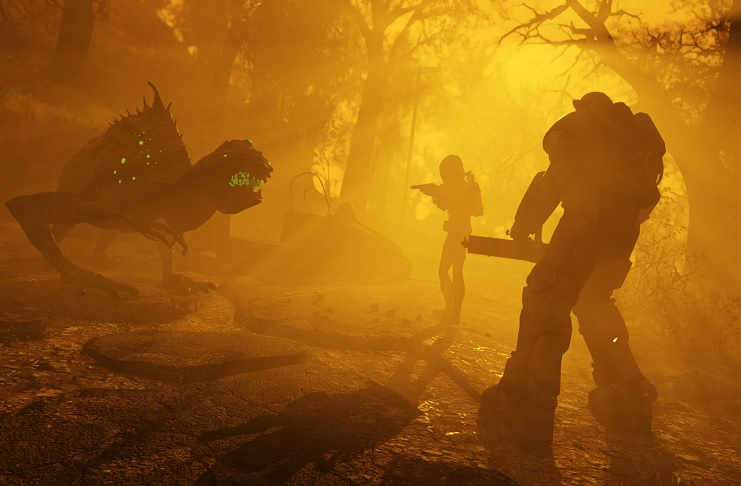 Fallout became an online experience, taking the base-building aspects of Fallout 4 and marrying them with team quests. This was a winning formula, with so many waiting for the release of 76 before launch.

The game did not endear itself, even to a rabidly faithful fanbase. The post-apocalyptic foray into West Virginia had too many problems for its own good. The game world was empty, buggy, and had glitches so bad people started losing items.

The Fallout community also rebelled against Bethesda from many botched events for the game. These events included the Collector’s Edition nylon bag controversy and FO76 Nuka Dark debacle.

Even then, Fallout 76 is on the rebound and deserves a second chance. For fans looking to dip their toes in West Virginia’s irradiated waters, the trial weekend will be useful.