Final Fantasy 7 Remake is a landslide success for fans — old and new. Whether you’re only a fan of the game or a diehard for Square Enix, you will likely enjoy this modern retelling. The remake is not a 1-to-1 retelling, as the new team expanded on the old story.

What’s new in this version of Final Fantasy 7 Remake that makes it a different JRPG? Here are seven of the most significant changes we see in this Part One of this epic game.

More Avalanche and A Rebel Mole In Shinra

Right out the gate, you’ll notice a newer focus on the eco-terrorist group Avalanche. In the original Final Fantasy 7 Remake, the rebels are nothing but a plucky team of fighters. In the remake, not only do they get more screen time, but they’re also a bigger organization!

Avalanche has multiple cells and a ton of resources like helicopters and a full arsenal of weapons. Barrett’s team appears isolated because leadership is not too fond of them. Their independence comes from this isolation, which works for them.

All these help when they have to extract Cloud and his friends at some points of the story. Avalanche even has a mole deep inside Shinra: Midgar’s Mayor, Domino. Domino helps Cloud on his offense against the Shinra HQ because of his demoted role. 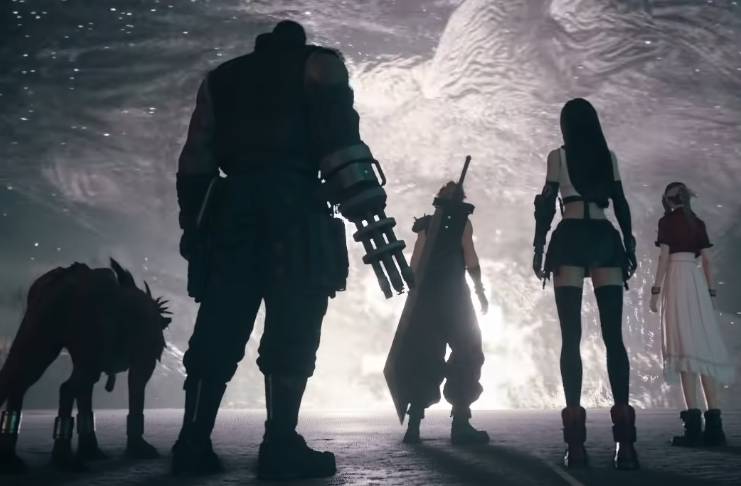 As we learn more about Avalanche, we also get more screen time for its other members. We see more side characters like Biggs, Wedge, and Jessie.

An excellent example of this has Jessie enlisting you to help her get her father’s work pass. This mission was not around in the original Final Fantasy 7 version in 1997. The entire process enables you to learn about their backgrounds, which is a nice touch.

As we connect with them better, we learn that they eventually live, with Jessie’s fate unknown. In the original game, the team meets their end during the Sector 7 pillar offense.

Shinra Destroys Their Own Reactor

As we know from the original version, Cloud and Barrett destroyed the Sector 1 reactor. The explosives they set blew the facility up, but not in the remake. Shinra blew the facility by themselves, causing a grander explosion than the Avalanche wanted.

Shinra is trying to convince Midgar to start a second war with Wutai. Throughout the game, Shinra worked a tenuous connection between Wutai and Avalanche. This is all propaganda, of course, but Wutai was never a point in the original.

We already know that Shinra is the big evil corporation that they are. In the remake, we learn that they’re far worse than we know. As the company tried to wipe out Avalanche, the rebels discover a secret below Sector 7.

Shinra is operating a hidden testing laboratory below, as the rebels encounter hostile fishmen!

It seems that the creatures are human experiments gone wrong. These are the equivalent of Makonoids from the original game. The Makonoids don’t show up until a Cloud flashback about the Nibelheim Incident.

Sephiroth is also cropping up more, with more appearances throughout the game.

Speaking of Sephiroth, let’s talk about the ending of the game. In the original, Cloud and the party found him scuttering. In the Final Fantasy 7 remake, it’s the white-haired villain who finds them.

This part likely confused anyone who played the original game, but it gets its explanation! We learn that the current story is not the original game! Instead, it is an alternate timeline – with the first game happening in an earlier instance.

This is where the Arbiters of Fate get too significant.

The Existence of Whispers, Arbiters of Fate

The Arbiters of Fate did not exist from the original game. These ghastly apparitions, known as The Whispers, show up as enemies. They crop up every time someone tries to change something in the timeline.

Their primary job is to protect the timeline, making sure it’s as consistent as possible. If there is a massive change that deviates too much, they intervene. By the end, the party will defeat the Whisper Harbinger, which has repercussions in the timeline.

Without the Whispers, the timeline may not follow its original path. Among such repercussions is that Zack Fair is alive!

Zack, SOLDIER, and close buddies with Cloud, do not die as they try to escape Nibelheim. In this incident, Cloud acquired Zack’s memories and his personality too.

In the new Final Fantasy 7 remake, we learn Zack is not only alive, but he’s also the one who hauled Cloud out to Midgar. The problem?

Shinra mascot Stamp is not a beagle anymore. He’s now a terrier, which means the timeline deviated already.

What implications does this have on the game? We’ll find out once Final Fantasy 7 Remake Part 2 comes out!

Billie Eilish speaks up after getting body shamed

BLACKPINK speaks about Netflix documentary, wants ‘everything to be real’