Final Fantasy 7 Remake is a trip down memory lane for those that played the PlayStation 1 classic. For those playing it for the first time, it’s a game worth coming back to again and again.

Square Enix completely overhauled Final Fantasy 7 for the remake. From its combat mechanics right down to some story elements, there’s always something new for veterans and newcomers alike. For those that are getting into the remake once it releases, here are a few tips to help them get through Midgar without a scratch.

When leveling up or getting new weapons for Cloud and company, players will get SP points, which they’ll spend on various upgrades for their characters. There are many upgrades to choose from, but players should prioritize Materia slots over anything else.

Materias provide players with new abilities, stat upgrades, and more. So, giving Cloud and the rest the capacity to equip more Materia is the key to making the party stronger.

Early on, players will be given the Assess Materia, which allows them to scan enemies. It may seem bothersome, but players should scan every enemy they come across. Not only will this allow them to find weaknesses and stealable items, but there’s also a questline that rewards players based on the enemies they scan. 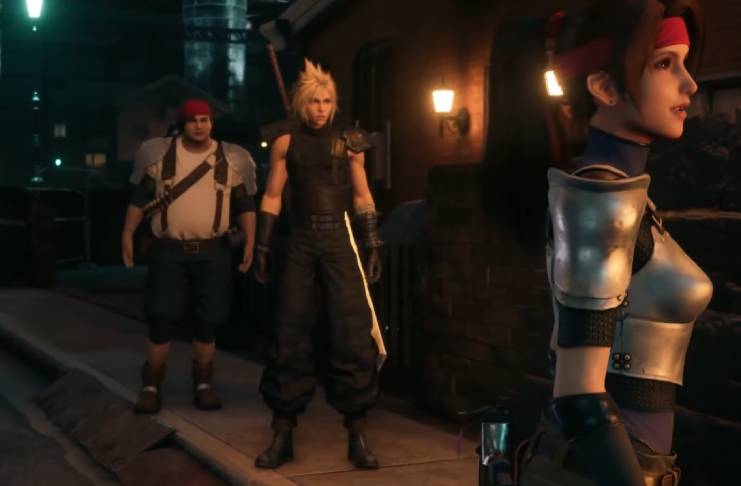 One of the best Materias in the game is Auto-Cure. It allows the non-player controlled characters to heal others in emergencies. Even if those party members don’t have the basic healing Materia equipped, they can still heal to a certain degree, making it a great way to get out of sticky situations.

This is just the first part of many remakes for Final Fantasy 7. As Square Enix has said before, there will be new story elements to experience, which allowed them to expand the running time of the game. In total, players should expect at least 45 hours of gameplay when they play through the main story and side quests.

Upon getting a new weapon, players will gain access to a new skill that is attached to the said weapon. The skills can be mastered so that they are added to the character’s arsenal permanently. Mastering the skill is as simple as using is several times.

Steal Is An Essential Skill

Players will get the Steal Materia early on, and as the name implies, this allows them to take items away from enemies. It’s essential to have this Materia equipped on at least one character so that players will always have the skill ready at bay. Bosses carry high-value stealable items, so it’s always worth stealing from them.

There’s a lot to dig into in the Final Fantasy 7 Remake. Players suggest that it is a robust and grueling experience. Hopefully, these tips help in making the adventure through Midgar feel like a breeze.