The long-awaited Final Fantasy 7 Remake may take a while to download with its 100 GB installation size as Square Enix confirms they will not be releasing the game early.

While the prospect of a Kingdom Hearts 4 game is still far from reality, another beloved game is about to be released: Final Fantasy 7 Remake. However, when it arrives, players may find the download time a tad bit frustrating as the game is set to follow the ridiculous trend of massive game file sizes.

It will take 100 GB to install Final Fantasy 7 Remake

While Square Enix has not yet revealed the exact file size of the game, they did confirm that it would be massive and the reason is that they created custom assets for every part of the city in which the game is set: Midgar. This means that the developers did not reuse the assets found in the original which could be quite a treat for fans but it comes at quite a big cost. According to the developers, this was necessary in order to bring the desired quality for the game.

The massive file size won’t be the only challenge for players once the game is released because Sony has slowed the download speeds for the PS4 due to the COVID-19 pandemic. This means that, besides the whopping 100gb of the Final Fantasy 7 Remake, players would also have to contend with slow download speeds.

The move was done by Sony in order to preserve everyone’s online access during a time wherein most people on lockdown would be using the Internet. 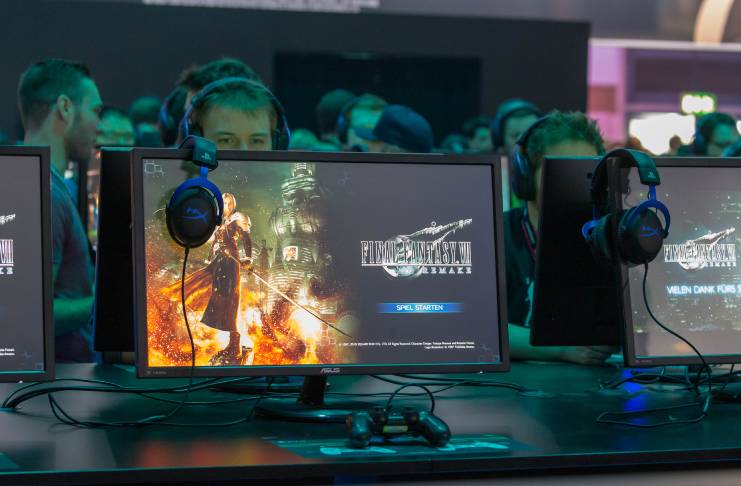 Due to the problems caused by COVID-19, fans have been clamoring that the game should be released early on the Playstation Network for digital download. The game is set to be digitally released on the network on April 10, 2020, but physical copies have already been released in certain places to make sure that fans who ordered the game receive their copy on time.

As of this story’s publishing, there are now physical copies of the game available and some fans are already enjoying the game, which may sound a bit unfair for the others who would have to wait a bit more. In Australia, players can now purchase the game in physical stores even though its release still isn’t for another week.

The game is a reimagining of the original Final Fantasy 7 released back in 1997. The narrative doesn’t change with Cloud Strife still the hero of the story and Shinra corporation the evil he must stop. However, there are a few surprises that fans of the game should watch out for.

Final Fantasy 7 Remake is considered an icon in the world of gaming and was responsible for popularizing Japanese RPGs. After over 20 years, Square Enix had announced a remake of the original game back in 2015. Nearly five years later, it’s finally arriving.