Featuring similar linear gameplay, the employ of the “Staggering” mechanics and an overall amazing cinematic presentation, both Final Fantasy XIII and Final Fantasy VII Remake are undeniably siblings from the same creative parent.

It has been, at least, a decade since the 13th major installment to a beloved Square Enix series got released. Aptly dubbed Final Fantasy XIII, the game adds a new saga by introducing a fresh set of characters as well as a novel story to unfold.

While having a mixed reception for its almost claustrophobic linearity and seemingly ‘lifeless’ world in comparison to its highly-acclaimed predecessors, Final Fantasy XIII still maintained to leave a mark in the history of gaming, especially RPG.

Aside from the jaw-dropping graphics, which was fueled by then-PS3’s high-processing capability, the game also inaugurated gameplay mechanics never before seen in any previous title — specifically, the so-called “Staggering” mechanics.

As the name suggests, this novel mechanics, when employed in-game, saw enemies left to their “exploited” state that receives greater-than-normal damage when attacked.

Although seemingly to every player’s advantage, the mechanism does not necessarily render an enemy completely immobile, leaving everyone in the party still vulnerable to receiving damage from opposing attacks.

With a faithful design to traditional Final Fantasy as a turn-based game, the said feature is pronounced throughout the entirety of the game, subsequently marking it in everybody’s head. 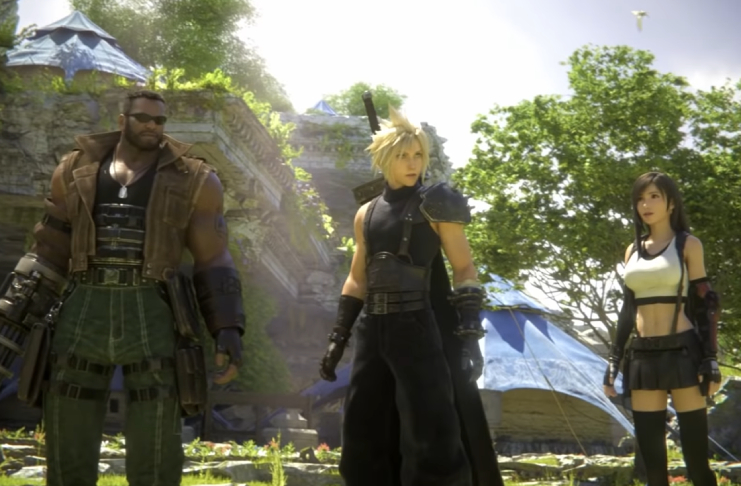 As hated Final Fantasy XIII may be to some gamers, even among die-hard fans, its design and features are still outstanding, even by today’s standards.

Proof of this notion is the incorporation of the game’s aforementioned established mechanics as well as a gameplay design that might have proved surprising for everybody to see in Square Enix’s latest endeavor in the series.

Final Fantasy VII Remake, a re-imagining and re-telling of a darling 90’s RPG title, shamelessly borrowed from Final Fantasy XIII and did so with masterful results.

Whereas the “Staggering” mechanics play an essential part in Final Fantasy XIII’s battles, the same is less as true in this remake version of Final Fantasy VII.

Designed to be fast-paced that could render simple enemies dead with just a few, consistent strikes, the “Staggering” mechanics here is most evident only during harder battles–particularly during boss fights.

However, unlike Final Fantasy XIII, where the “staggered” state is merely a chance for dishing out greater damage output, an enemy staggered in Final Fantasy VII Remake is put in a ‘stunned’ mode, adding a unique twist from the original concept.