Home Gaming First official trailer for ‘Crash Bandicoot 4’ sees a return to the...

The debut trailer for Crash Bandicoot 4: It’s About Time is finally here. Here are all the confirmed details for the upcoming marsupial-led game.

The fourth installment to the beloved Crash Bandicoot series is finally coming. Crash Bandicoot 4: It’s About Time will see the return of the eponymous character along with Coco, Aku Aku, and many of the franchise’s iconic villains.

Activision recently released the first trailer of the game. Crash Bandicoot 4 will be the franchise’s first major entry in a decade following the release of Mind Over Mutant on the PS2, Wii, and Xbox 360.

While it took 10 years for another Crash Bandicoot game, fans of the franchise don’t have to wait long to play the game. Activision itself confirms that they will release the game this year.

On Monday, the company reveals that Toys for Bob will develop Crash Bandicoot 4. Not only that, but Activision also revealed that the game’s release would be on October 2 on the PS4 and Xbox One.

More than that, the latest installment to the Crash Bandicoot series will also get a next-gen upgrade. That is to say that an Xbox Series X version is already in development.

Going back to its roots

When it comes to the game’s narrative, Toys for Bob explains that Crash Bandicoot 4 will see a return to the franchise’s roots. Naughty Dog had developed the original trilogy of the series. There were a few titles that followed after the trilogy. Despite this fact, the new game will be called Crash Bandicoot 4.

The reason for this, the developers explain, is that the new game will not just continue where the story left off. It will also incorporate the original trilogy’s gameplay, bringing back the same elements fans first fell in love with.

“After the original trilogy, the franchise diverted a bit to more open-world exploration type things. For us, what we wanted to do was go back to what we found really lovable and are just huge fans of with the original trilogy,” Lou Studdert, the game’s design producer, tells USGamer. 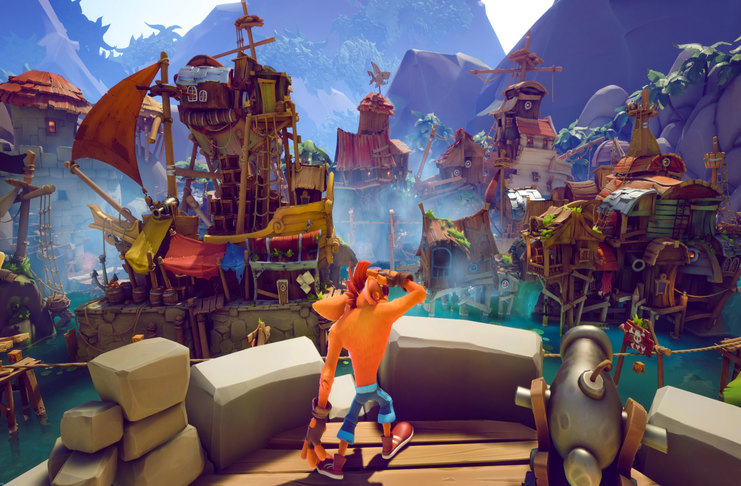 Players will still see Crash and Coco jumping and spinning. But the upcoming game will also see the characters wall-running, rope swinging, and rail grinding. Not only that, the iconic villain, Neo Cortex, will also be a playable character.

An interesting new feature will also come to the game in the form of the Quantum Masks. These are basically items or entities that allow the characters to bend the rules of space and time.

Pre-orders for Crash Bandicoot 4 are available now with a suggested price of $59.99.