The news that Facebook’s new cryptocurrency will be rolled out to 1.5 billion WhatsApp users could pose a HUGE threat to Bitcoin, XRP and other cryptocurrencies.

But here’s five reasons to be cheerful …

The news that Facebook will launch it’s own coin this year is either a disaster for Bitcoin, or its salvation depending on who you ask.

The New York Times reported last week, that Facebook is set to release a ‘basketcoin’ –  a stablecoin tied to the value of a basket of assets. This will be integrated into its encrypted and privacy focused WhatsApp messenger.

The plan is so far advanced, that Facebook is already talking to exchanges about listing the coin. This means FaceCoin will not confined to Facebook’s walled garden and will be easily converted to cash. 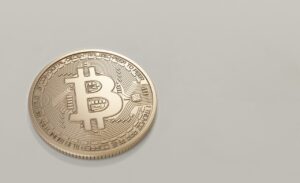 Is FaceCoin a threat to BTC adoption?

Facebook’s popularity poses a potential threat to Bitcoin’s adoption as an everyday currency. There are only 32 million Bitcoin wallets in existence. Only a tiny fraction of the world’s population has ever used BTC and even fewer people have used it to pay for anything.

It has a high barrier to entry – requiring tech savvy users who can work out how to sign up for an exchange and deal with the ludicrous complexities of BTC addresses and wallets and how to keep their private keys safe so they don’t lose all their capital.

WhatsApp by comparison has 1.5 billion users, all of whom will get default access to the new cryptocurrency (expanding to 2.3 billion users when Facebook integrates its three messaging services into one). Facebook has vast amounts of data on user behavior, so they will be able to design a simple payment process that’s easy to use for ordinary people.

MIT Technology Review last year included a Facebook coin in their list of the top three threats that could ‘destroy Bitcoin’ along with a government takeover, and competition from a myriad of easier to use competitors.

“Facebook could pull off a takeover before most people even realized what it had done … overnight, integrate it into every single Facebook account—all 2.2 billion of them… [it] eliminates all the wonky quirks that make other Bitcoin wallets confusing.

“The address of every Facebook user is presented as a real name rather than a meaningless alphanumeric string … For those who already use Bitcoin, the experience is so vastly superior to what they’ve previously experienced that they immediately migrate their funds to their Facebook wallet.” 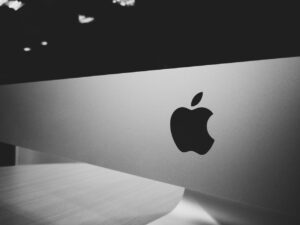 It’s a bit like Apple Vs Linux. Sure Linux is free and open source and proponents tell you it’s miles ‘better’. But that doesn’t outweigh the fact it’s a pain in the ass to use, and millions would rather spend their money on overpriced Apple devices ‘that just work’.

Facebook also has an aggressive history of ‘owning or cloning’ any competitor. And it usually wins.

It either takes over its competitors (think Instagram and Whats App) or steals their ideas.

When Snapchat and Foursquare rebuffed its advances, it just copied their best features and rolled them out to its 2.3 billion strong audience. It’s so dominant it’s hard for anyone to compete with.

It’s also not hard to envisage Facebook stealing the best ideas of Basic Attention Token and Steem to help popularise its coin.

Even crypto true believers would find it difficult to turn down free money in the form of FaceCoin, in exchange for being served ads.

Fortune’s Robert Hackett believes this could form the basis of a ‘new economic model for the company’.

“Picture digital wallets made available to large swath of the global population, but also a concomitant rewards program in which users can share in the value their Facebook data generates. Use Facebook? Here’s a kickback for your loyalty. This … could redefine the company’s relationship with consumers.”

Send in the corporate coins

Facebook isn’t the only corporation trying to get in on the action. Telegram and Amazon are both working on their own digital coins. WeChat has already demonstrated that users in developing countries will flock to a mobile app based payment system. They have 600 million WeChat Pay users and millions of vendors and service providers. And WeChat is a bloody awful app.

By and large the crypto community isn’t a fan of Facebook, which mines user data to sell to advertisers. One objection to FaceCoin is that the corporate giant will be able to track all your spending too, and sell that information to advertisers.

However, Facebook is keenly aware of its image problem and has recently begun to talk up ‘privacy’ following the scandal ridden 2018. It will offer FaceCoin through the encrypted and privacy focused WhatsApp, which should address many of these concerns. In fact, some people have even suggested FaceCoin could become the world’s first Privacy Focused Stablecoin. 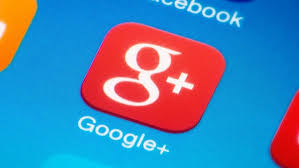 Reasons to be cheerful #1 – People might not use it

Of course, FaceCoin could fall flat on its face if nobody uses it. Remember when Google tried to get into social media? Despite it’s massive advantages, that died a slow and painful death. Facebook also introduced the very similar Facebook Credits in 2011 and it died within two years. In fact, Facebook Messenger already allows peer to peer payments but I doubt you’ve even heard of it.

However, you’d have to assume Facebook has learnt from its past mistakes. It’s certainly engaged a crack team of experts to develop its new crypto, with bags of experience from the likes of PayPal and Coinbase. The fact they’re talking to exchanges suggests they want to make the coin usable outside of Facebook, and easy to convert into real money. That’s where their other attempts fell down.

“At the moment I can’t see how Facebook could scale anything to its userbase, while still being meaningfully decentralized. So one possibility is that this will end up more like a traditional bank account, and won’t compete head on with decentralized currencies like Bitcoin.”

He believes there will always be a role for decentralized currencies like Bitcoin.

Reasons to be cheerful #3 – FaceCoin is laughable

At this week’s RSA conference, 45,000 IT security specialists, cryptographers and other pundits gathered to discuss blockchain. When American cryptographer Paul Kocher began talking about FaceCoin, the audience burst out laughing.

He later told Mashable that he believes Facebook couldn’t be trusted with sensitive data about what users spend their money on – from medical bills to bad habits.

“The idea of combining Bitcoin’s theft mitigation and Facebook’s privacy seems particularly toxic for users,” he said. “Doubtless Facebook would try to claim that they’d do the ‘right’ thing, but their track record reflects a pattern of disregard for user privacy.”

There’s a lot of suspicion around Facebook and that lack of trust won’t help with adoption. (Then again, no one trusts Facebook now, but everyone still uses it).

Reasons to be cheerful #4 – Twitter doubles down on Bitcoin

It seems like no coincidence that Dorsey has been ramping up his endorsement of Bitcoin as news of FaceCoin began to spread. In January he said that Bitcoin will probably become the ‘native currency of the internet’. Dorsey has also enthusiastically embraced the Lightning Network as the path forward for mainstream adoption of BTC.

He enabled the Lightning Network powered Tippin.me service. on his own Twitter account and took part in the Lightning Torch Relay – where Twitter users send tiny amounts to each other to demonstrate the network (mostly) works.

The publicity over the past month has seen the network’s capacity grow to more than 750 BTC and the number of payment channels increase by more than 8000 (to 32,000 total). If Lightning Network makes BTC fast, cheap and easy then Bitcoin will be able to compete with FaceCoin for everyday payments. 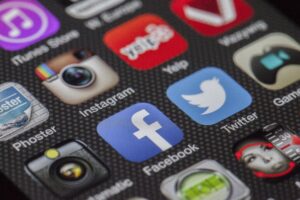 The best case scenario is that Facebook’s coin takes crypto well and truly into the mainstream – and then its users start looking around for better alternatives. Just because Facebook offers its own coin, doesn’t mean it won’t bow to customer demand to accept other crypto too.

That’s the argument BlockTower Capital’s Ari Paul made recently about so called ‘corporate coins’ from Facebook and JP Morgan. He says crypto true believers might hate them, but “it’s awesome for Bitcoin and other decentralized permission less cryptocurrencies. Things like Facebookcoin increase global interest dramatically.”

He lays out a hypothetical scenario where 300 million people start using FaceCoin and one in ten of them then get interested in Bitcoin.

“That doubles the number of Bitcoin users, increasing the pace of adoption, the network effects, and the value of the Bitcoin network.” He argues FaceCoin will help build up an ecosystem or services and infrastructure around digital currencies, which decentralised currencies will then be able to utilise, either directly or indirectly.

“This is a rising tide that will lift all boats.”

Whatever happens, 2019 is shaping up as the year that cryptocurrencies moved firmly into the mainstream.

4/ Let's say 300 million people adopt facebookcoin, and 1 in 10 of those stumbles across bitcoin as they explore it. That doubles the number of bitcoin users, increasing the pace of adoption, the network effects, and the value of the bitcoin network.