Pugh recently received support from fellow celebrity Ariana Grande after the former received a deluge of negative comments on her Instagram for posting about her 45-year-old boyfriend, Zach Braff.

The 24-year-old The Falling actress posted a photo of Braff in her account to honor him on his birthday. Captioned with good wishes, Pugh did not expect the post to be filled with criticisms and bullying from people.

The young English actress decided to speak against the hateful comments by posting again on her account a 3-minute video.

She said, “I am 24 years old. I do not need you to tell me who I should and should not love. And I would never in my life ever, ever tell anyone who they can and cannot love. It is not your place. And really, it has nothing to do with you.”

One of the many who has seen Pugh’s video was Grande, who left comments on the post to affirm everything that the Outlaw King star had said. The “7 Rings” singer also reposted Pugh’s video on her Instagram story via a screenshot.

Grande wrote in the story post, “Beautifully worded and deeply appreciated. Sharing special, personal life things that make u happy on the internet can be truly traumatic.”

Grande also quoted Pugh’s line: “Being hateful is not trendy.”

The 26-year-old pop star also wrote lines of praises and appreciation for Pugh for expressing her thoughts perfectly and for doing so for the world to know.

Grande has reportedly been dating Dalton Gomez, a Los Angeles real estate agent. However, the “Thank U Next” songstress has never confirmed the news on her social media accounts. 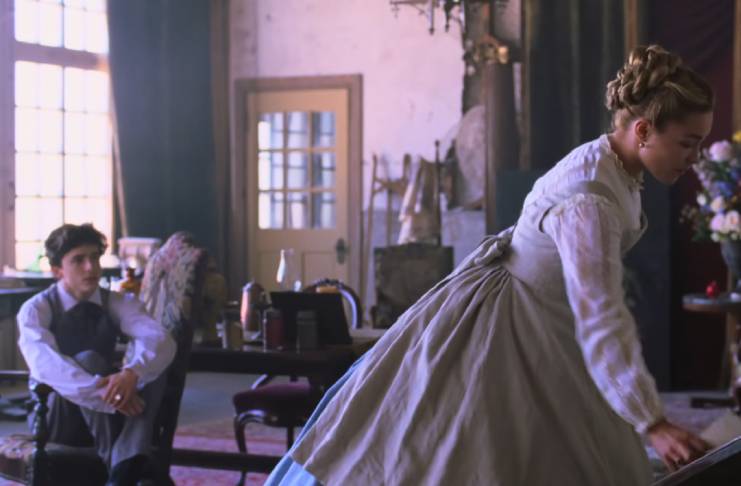 It is not the first time that Pugh has received negative comments for her 21-year gap relationship with Braff. The two have also been very lowkey about their relationship, rarely making an appearance on each other’s social media accounts.

According to People, the friendship of the two dated way back in 2018. Pugh and Braff then got to work together in a 2019 short film by the latter. The couple also shares common friends and hang out together with family.

Pugh is set to appear as Yelena Belova in the upcoming film Black Widow which will premiere on Nov. 6, 2020.