Newly elected U.S. Senator Kelly Loeffler, the former CEO of crypto trading platform Bakkt, has recently been accused of selling stock holdings worth millions of dollars after receiving a private briefing. She dismissed all the allegations made against her in an interview with Fox News.

Republican senator Loeffler was allegedly accused of insider trading worth between US$1.3 million and $3.1 million [AU$2.2 and 5.3 million] in stocks right after attending a private hearing on the COVID-19 outbreak held by the Senate Health Committee.

It seems that the timing of Loeffler’s investments and the nature of the stocks sold have led the public and Georgia democrats to raise questions about the senator’s investment.

However, in an interview with Fox News’ Tucker Carlson on March 20, Loeffler dismissed all the allegations made against her.

I joined @TuckerCarlson tonight to set the record straight on my family’s financial portfolio and put to rest this dishonest narrative.

In December 2019, Loeffler left her post as CEO at the crypto trading platform Bakkt to become a Junior Republican Senator for the state of Georgia.

On January 24, 2020, Loeffler attended a private briefing about the COVID-19 outbreak, which, at the time, had not affected the United States. 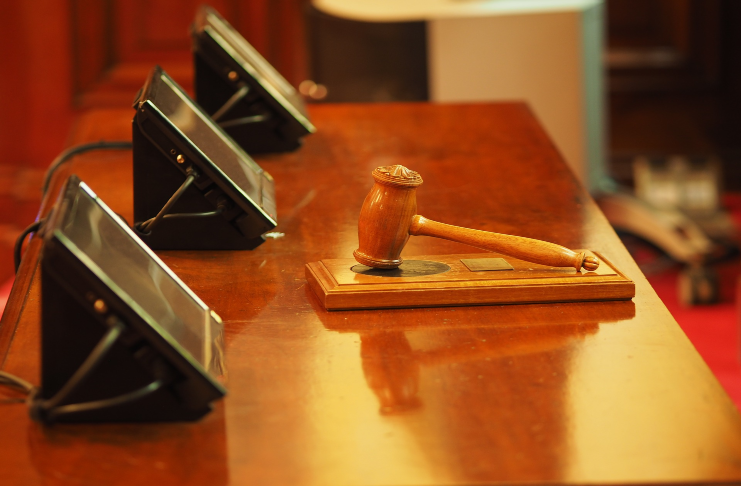 After her public disclosure, it was disclosed that Loeffler and her husband liquidated ~26 more stocks worth approximately $1.6 million.

The most prominent of the stocks sold included Exxon Mobil, Euronet Worldwide, and Resideo Technologies. All of these stocks are almost 40% down in the market since Loeffler sold them out.

To the scrutiny of the public, it seemed that Loeffler and Sprecher dumped millions of worth of stocks in the face of market volatility due to rising concerns over COVID-19. The fact that Sprecher is the chairman of the New York Stock Exchange (NYSE) has also stoked the fire even further.

Additionally, with the whole world affected by the pandemic on lockdown, forcing businesses to move to a work-from-home arrangement, the nature of the stocks in which they invested seemed questionable to many.

Loeffler, however, denied all allegations and set the record straight in a recent interview with Fox News.

The senator claimed that she was not involved in any sort of decision-making process of her portfolio, as it was managed by third-party financial advisors.

She also added in a tweet that the allegations are “completely false.”

The allegations aren't just wrong, they are completely false. I'm not involved in the decision-making of these trades, nor have I been in communication with my third-party financial advisors about them. I have no knowledge of these trades until well after they are made. pic.twitter.com/7BC10oW8Ry

Loeffler also provided a document as proof that she was only informed about the investments on February 16, exactly three weeks after the transactions were made. The report was allegedly submitted to the Senate Ethics Committee.

Loopholes in the 2012 US STOCK Act

In an opinion article co-authored by Charlie Gasparino and Lydia Moynihan of Fox Business, they claimed that although Loeffler’s investments were “sleazy,” she may not have violated the U.S. STOCK Act.

According to the Gasparin and Moynihan, the information has to be “misappropriated” or stolen from real shareholders to set forth a criminal insider-trading case. They added:

“That means you would have to prove that information provided the senators was stolen from shareholders of all the stocks they traded out of. But it wasn’t. The information was generated by government sources about the size and scope of the pandemic.”

The Republicans have also called these accusations a baseless attack and a political game placed against the newly elected Senator.

Meanwhile, fellow Republican senator Richard Burr was accused of selling $1.7 million worth of stocks in mid-February after receiving several similar briefings. Many other politicians have also been probed with their financial transactions, including Sen. Jim Inhofe, Dianne Feinstein, and Sen. David Perdue.