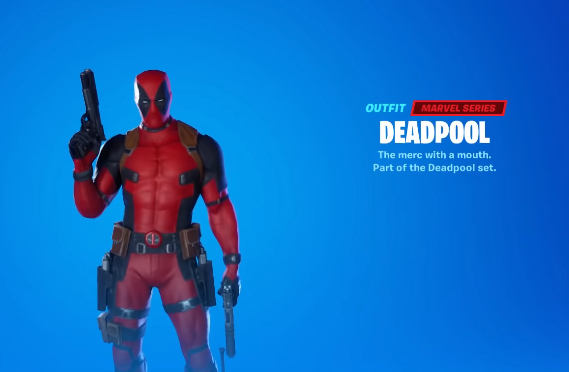 Fortnite’s developer, Epic Games has continued the crossover with Deadpool with a new minigame content.

The hit movie, Deadpool has recently arrived in Fortnite as part of Epic Games’ crossover content. The Deadpool skin which appeared a month ago had granted the gamers with more battle gear options. Additionally, gamers can now access Wade Wilson’s outfit and other Deadpool accessories.

The Deadpool skin was initially part of  Fortnite’s Battle Pass. To unlock the skin, players need to complete the challenges that had been presented throughout the week. The gamers who were not able to follow the challenges will have to go to Deadpool’s secret room.

The demand for games update is increasing during this time of crisis. The coronavirus pandemic has closed down companies to flatten the curve of the infection.  With the lockdown protocols being enforced,  gamers are looking up to the developers to provide consistent updates.

The Deadpool minigame can be accessed inside the Battle Royale.  Several gamers who were not able to complete  Deadpool’s challenges had to visit Deadpool secret room.  When gamers are inside the secret room, there’s a new icon showing at the left corner of the monitor.

How to play “Deadpool’s Minigame”?

1. Go to Battle pass Screen
2.Go to Deadpool’s Secret Bunkerhttps://t.co/UuSjMeaY0F on his Computer
4.Then click on Deadpool logo
Then you will be able to play deadpool Minigame pic.twitter.com/nAFA0F6lJV

Once the icon is clicked, the player is directed to a classic downhill skiing game, with Deadpool as the character.  Deadpool minigame is said to be an additional input to the game’s latest patch. The minigame will have obstacles while the player is skiing downhill. Epic Games has included Peely, Fornite’s banana mascot as Deadpool’s obstacle in going downhill.

To help gamers on how to access Deadpool’s minigame, Fortnite players have released online video tutorials. The tutorial allows gamers to see what is inside the Deadpool minigame, and what it looks like. Moreover, Fortnite gamers also provide other gamers with a tutorial on how to access the secret room.

There are several skin variants that gamers can unlock while playing Fortnite. These skins are available every week where players need to win Deadpool’s challenges.

Hate doing your laundry? Well how about doing @Deadpool’s?!

He’s way too lazy to do his own (and he’s running out of underwear).

If you own the Battle Pass, you can complete the challenge this week to unlock this sweet Deadpool X-Force Style! ???? pic.twitter.com/9eiMV3OzG4

Players will have the option to choose Deadpool unmasked skin. The skin is unlocked through finding his pool floaty at the same time dancing on Deadpool yacht. Another skin that can be unlocked is X-Force Deadpool.

Players are waiting for the release of the Unmasked X-Force Deadpool skin in the game. Currently, there are no challenges to unlock it, however, gamers are certain that it will be available soon.