Racing game Forza Street is now officially rolling out across the globe on Android and iOS mobile devices.

Microsoft’s Xbox made the announcement through its official website, and also took the opportunity to tweet the news on social media about the Forza Street release.

We’re thrilled for the worldwide launch of #ForzaStreet on iOS and Android. Play this @ForzaMotorsport mobile experience today! https://t.co/Xz71cRuOk2

Not to be outdone, the game itself also shared this latest development on its official website, while also promoting the global launch through its Twitter page.

Collect, Race, and Compete in Forza Street, all from your mobile device. Now Available for free on iOS and Android. Download now: https://t.co/oZbwFbVc6N pic.twitter.com/D0JhVJwBHo

From Windows to mobile

Originally developed by Turn 10 Studios, Forza Street initially made its debut on Windows 10 a little more than a year ago.

In that first release in 2019, Microsoft had indicated that apart from the Windows 10 roll-out, the game should make its way to Android and iOS mobile platforms in the next few months.

Although the wait would take over 12 months, the worldwide launch this week sees the tech giant making good on its promise while delivering something extra for those who patiently waited.

What to expect from the mobile version

True to other franchise titles like Forza Horizon and Forza Motorsport—a game we love here at Micky News—the more recent Forza Street stays true to the Miami street-racing theme from past releases.

Players can participate in street races that last less than 60 seconds, and if they emerge victoriously, they can unlock new vehicles and get upgraded motor parts.

Apart from winning races, the other goal is to get as many vintage and well-known cars as one can to grow one’s collection.

Microsoft is also promising that Forza Street will aim to deliver an evolving game experience for its players, with a healthy dose of game characters and exciting storyline.

As for those users looking to test themselves, they might be delighted to know that the game will offer Rivals races every week, which should allow players to race against other drivers. 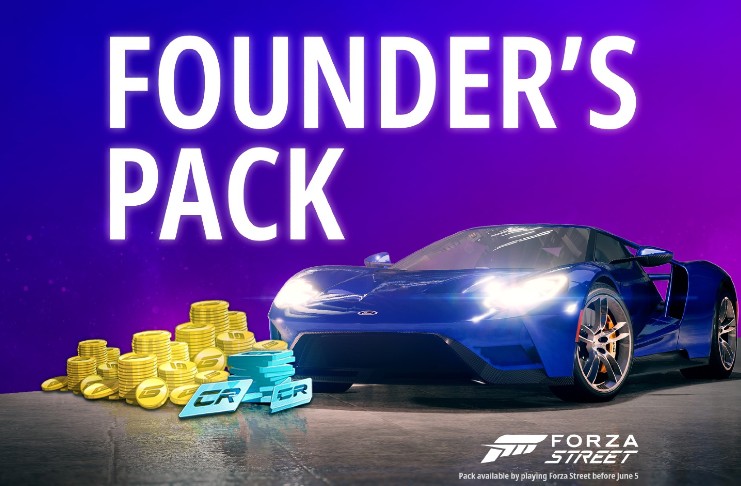 As confirmed on the official website of Xbox, any person who plays Forza Street from now until June 5 will get a 2017 Ford GT, as well as additional in-game credits and gold.

Players can then use the in-game credits and gold to unlock new cool vehicles and add them to their collection.

For those who are wondering if the newly launched Forza Street can be played across multiple devices, the answer is yes.

The game happens to come with support for Xbox Live, which means that users will be able to unlock Xbox Achievements, and then migrate their game progress to an Android, iOS, or Windows device.