Survival horror game P.A.M.E.L.A. is now coming out for full release. The game opted to stay on Early Access since 2017, but NVYVE Studios is now ready for play.

P.A.M.E.L.A. is ready on Steam today, and it’s a stellar horror game akin to System Shock and its spiritual successor, BioShock. The game takes the player into a utopian city called Eden and its current remnants.

Wake up under the rubble of a demolished utopian city

In the game’s brand new trailer, the game shows off the player, awakening from inside a vat of liquid from cryosleep. Players take on the role of a “Sleeper,” augmented humanoids awoken by Eden’s AI overseer, Pamela.

The city of Eden is very similar to the city of Rapture before its destruction – on the ocean and high-tech. Eden is modern and polished, a city seemingly designed to have everything its citizens would ever need. The semi-underwater society also interacts with many different types of robots and artificial intelligence.

As players wake up, they will see that the city is under extreme ruin. The world is full of rubble, garbage, and ruins of a once beautiful civilization. Now, everything is dark and hostile, with its denizens somehow aggressive towards the player.

Whatever happened before the player woke up, the people of the once-thriving metropolis are in an endless rage. Players would need to traverse the megapolis, fighting against the attacking public.

Survivors can defend themselves by adding augmentations, initiated through their cyborg arm. Players would also find logs around the world, piecing together what happened to the story of Eden.

P.A.M.E.L.A. has the most uncanny connection to both System Shock and BioShock. Almost every aspect of the game is a near 1:1 conversion of the art deco dystopia to a futuristic utopia. 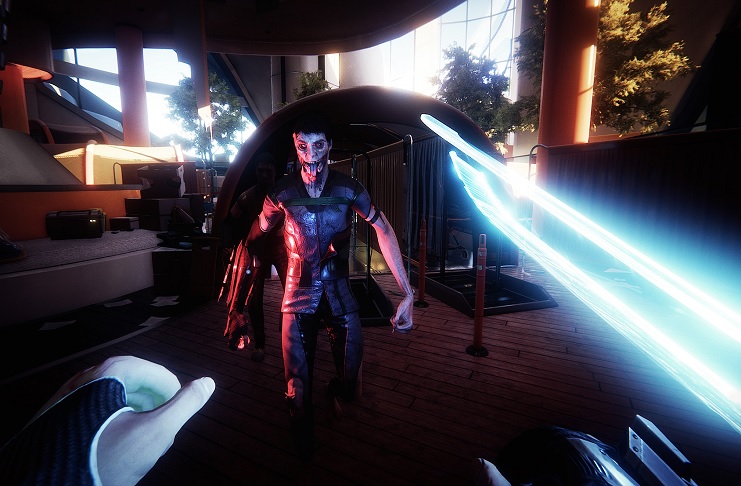 The player itself is reminiscent of Jack from the first BioShock, with Pamela taking the role of Andrew Ryan. Augmentations are not too different from the Plasmids, and the denizens are almost akin to splicers.

The citizens that players will encounter seem to have degenerated, many with missing skin and injuries all over. The primary difference the game has over BioShock is the combat system.

The current combat for the game includes traditional scavenging, but it also includes modular items. Many items will be crucial in further customizing the player character with new powers. These improvements should keep fights fresh and exciting.