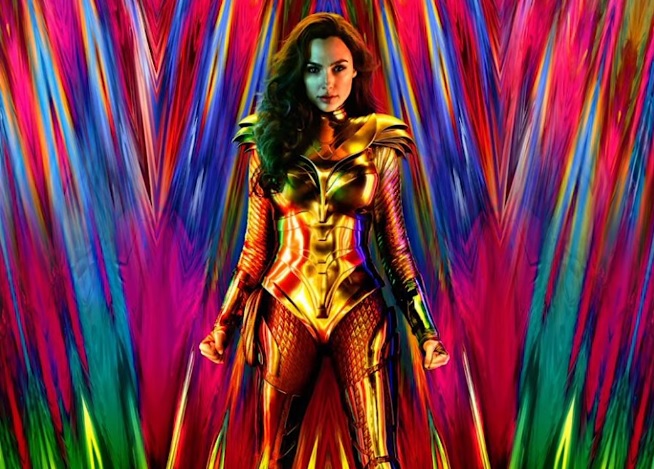 DC’s Wonder Woman may have a new power in the upcoming film Wonder Woman 1984. Sequel and spinoff is also on the way.

Wonder Woman is undoubtedly the most beloved DC Extended Universe film to date. The movie has become one of the greatest blockbusters of this summer, earning more than $389 million at the US box office.

Hence, it is not surprising that Gal Gadot will once again don her cape and return as the Amazonian princess to our screens in Wonder Woman 1984.

While a few details have been revealed about Wonder Woman 1984, there are still a lot of things that fans don’t know. Fortunately, a piece of forthcoming merchandise gave fans a first look of the spoilers for the film. Photos from a seemingly planned wall calendar for Wonder Woman 1984 have found their way online.

One picture shows Gal Gadot heading towards the camera in a presumably horizontal stance. It seems to suggest that at some point in the new film, fans will see Wonder Woman soaring, or gliding.

Considering that Wonder Woman’s origin story and power set have been revised multiple times, seeing the character soar through the skies is certainly in the realm of possibility.

Wonder Woman 1984 is the next iteration of Wonder Woman. The story will take place in the U.S. and will feature the historical adventure of Diana Prince going up against the forces of the Soviet Union during the Cold War.

Anticipation is certainly high for the film, and the director has promised some pretty remarkable scenes that could even rival Wonder Woman’s best sequence, No Man’s Land.

As for the cast, Warner Bros confirmed that Gal Gadot would return in the next movie to play the titular superhero. Chris Pine is also set to return but his role is still unclear.

In addition to that, Kirsten Wiig has been announced to play villain Cheetah in the upcoming movie. Though originally scheduled to release in June 2020, Wonder Woman 1984 has been pushed back to drop in August this year because of the ongoing COVID-19 pandemic.

Despite Wonder Woman 1984 still being months away, fans are already looking ahead to the future for Gal Gadot’s superhero. Luckily, director Patty Jenkins revealed that both a third Wonder Woman film as well as a spinoff starring the Amazons may be on the way.

When making Diana’s story, Jenkins seems to have had all three Wonder Woman films in mind, a wise decision that would definitely enrich each installment. Jenkins did not share any new detail about Wonder Woman 3 or the Amazons project but mentioned that she would not preferably direct the spinoff.

Why stories in NFT video games like SIDUS HEROES are important