Home Coronavirus GDC 2020 postponed, coronavirus takes yet another conference down

Game Developers Conference (GDC), the largest annual conference for game developers around the world, has announced that the event scheduled to be held in March this year will be postponed due to concerns of the novel coronavirus (COVID-19).

“After close consultation with our partners in the game development industry and community around the world, we’ve made the difficult decision to postpone the Game Developers Conference this March,” announced the event’s organizers.

The conference is said to be postponed to an undetermined date later this summer.

The organizers decided to postpone the event after several industry bigwigs including Facebook, Sony, Microsoft, and Electronic Arts announced that they would not attend the event amidst growing health concerns around the contagious disease.

A Facebook company spokesperson told Gamesindustry.biz that although they will not attend GDC 2020 due to health risks, they plan to share the announcements planned for the event “through videos, online Q&As, and more, and will plan to host GDC partner meetings remotely in the coming weeks.”

Sony’s statement to the same source echoed that of Facebook’s, saying: “We are disappointed to cancel our participation, but the health and safety of our global workforce is our highest concern.”

Alex Sherer of Electronic Arts also shared in a LinkedIn post: “EA will be limiting our presence at GDC, cancelling our participation in official GDC events, and all EA employees have been advised to not travel to San Francisco for the conference.”

Following the announcement, participants have shared an email update sent by organizers that among the contingency plans for GDC is to have a couple of the scheduled events available “purely online.”

GDC “postponed”
– all tickets refunded (will take time to process)
– speakers invited to submit their talks for them to be distributed free online in the coming
– some events will be organised still, but purely online, streamed on Twitch pic.twitter.com/JYw7EjD7E6

The Game Developers Choice Awards and the Independent Games Festival will be streamed via Twitch on their scheduled dates on March 16 to 20.

“In order to allow our conference speakers to still participate in the event, we are intending to make many of the presentations that would have been given at GDC 2020 available for free online. After speakers (optionally) contribute their talks in video format, they will be distributed on the GDC YouTube channel and the free part of GDC Vault.” 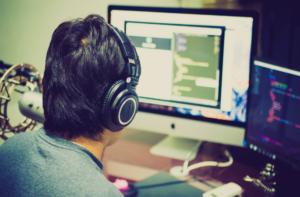 The attendees were promised a full refund, which will be processed within 4 to 6 weeks. However, the conference’s attendees will have to bear the cost of flight and accommodation cancellations.

To support the cancellation costs incurred to marginalized developers, gamedev.world announced a fundraising event from March 27 to April 3.

“We will present – for free, live-translated, and online – various talks from both marginalized developers and the sponsors that made the event possible,” stated the official statement.

Another Twitter post announcing the event also acknowledged the “significant amount of money” that people have spent to attend the event. The tweet, however, erroneously stated the start date March 28, as opposed to that of the official announcement (March 27).

Many developers have spent a significant amount of money on travel, hotel, & visas to go to a cancelled GDC.@gamedevworld is announcing fundraising efforts March 28th-April 3rd for the GDC Relief Fund to help alleviate marginalized developers’ burdens. https://t.co/TqJIMZJgyY

San Francisco, where the conference was set to be held, was declared a local health emergency earlier last week following concerns of COVID-19.

In addition to opting out of this year’s GDC, Sony also canceled their participation in PAX East, calling it the “safest option.” PAX is a series of gaming conventions held in Seattle, Boston, Melbourne, Philadelphia, and San Antonio. Square Enix, Capcom, CD Projekt, and PUBG Corp, were among other attendees that decided to not attend the event.

Other gaming tournaments such as Intel Extreme Masters (IEM) Katowice in Poland have also announced that they will be opting to continue as an online-only event and will be denying on-site attendance.

On February 20, GDC released an official statement that read, “We believe that, based on the strict U.S. quarantine around coronavirus and a large number of enhanced on-site measures, we are able to execute a safe and successful event for our community.”