According to the game dev, 3D Realms did not declare that Duke Nukem’s music is not free from third-party licensing. The composer, Bobby Prince, originally licensed his work for Duke 3D.

He claims that the rights are not transferable to Gearbox. Now, a string of lawsuits is plaguing the two companies. 3D Realms received a lawsuit for the same franchise in 2014.

Gearbox is suing Apogee for breach of contract

In 2010, Gearbox Software acquired the Duke franchise from 3D Realms. In the contract, the game dev company stipulated that the franchise should be “free and clear by 3D Realms and that 3D Realms had the right to use the Duke IP ‘without payment to a Third-Party.’”

Apogee Software, the original legal name for 3D Realms, also affirmed this in the Asset Purchase Agreement. All the details of the transfer of rights detailed that the entire Duke IP is free from any licensing issues.

Everything was good until last year, when Bobby Prince sued Gearbox, Valve, and Randy Pitchford. According to the lawsuit, Prince wrote music for Duke Nukem 3D, but the license for the music only extends to the original release.

The game underwent re-release under Gearbox’s Duke Nukem 3D: 20th Anniversary World Tour. Due to this detail, the music is now used without permission.

Now, the company is ready to come after the co-founders of Apogee Software. Recipients of the lawsuit include Scott Miller and George Broussard for not mentioning the music issue.

“We’re literally in the middle – either Bobby is right and deserves to be paid, in which case 3D Realms is wrong … or 3D Realms is right and Bobby’s wrong,” says Gearbox CEO Randy Pitchford in an interview. “And we don’t know. So, we need to bring a judge in and have a look at things from both sides.”

3D Realms is not new to lawsuits for their original Duke Nukem franchise. In 2014, Gearbox also sued the dev company for Duke Nukem: Mass Destruction. The game, co-developed with Interceptor Entertainment, was a top-down action RPG. 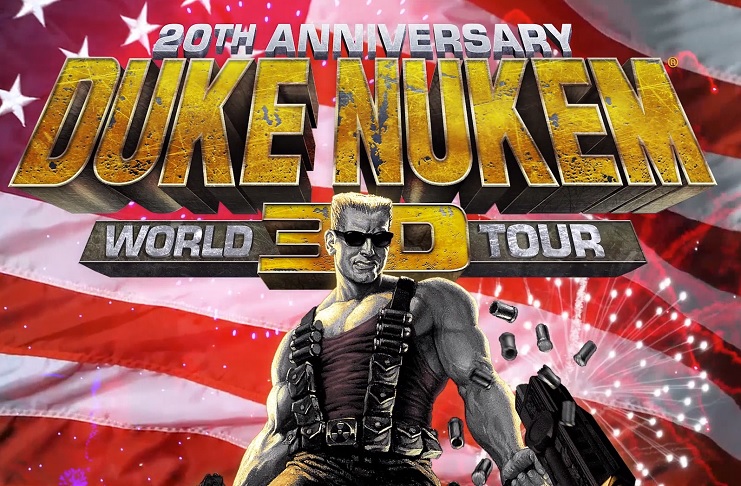 Gearbox was swift to act against this apparent breach of rights and went to the courts. The case went into settlement a year later, with clear affirmation that Gearbox was the owner of the IP.

This move pushed Mass Destruction to become Bombshell, and that was the end of it. Meanwhile, Gearbox is seeking damages for the Duke Nukem debacle. This lawsuit also seeks legal fees, interest, and any “further relief” the court will deem necessary.