George Clooney and Amal Clooney’s marriage is rumored to be on the rocks. One tabloid reported that the Clooneys are heading for an expensive divorce.

George and Amal have been married for five years already. They will be celebrating their sixth wedding anniversary in September.

George Clooney and Amal Clooney are struggling while quarantining together

The Money Monster actor is used to traveling and leaving his wife behind because he needs to shoot at different locations. Due to the forced lockdown, George and Amal are given the opportunity to be together.

However, according to Globe, the two can’t stand each other in close quarters. George and Amal are reportedly headed to a $500 million divorce.

“George is not taking well to being bossed around,” the source said alleging that Amal is being bossy to her husband.

“And Amal’s finding it suffocating and tedious having to clean up after him,” the insider added. 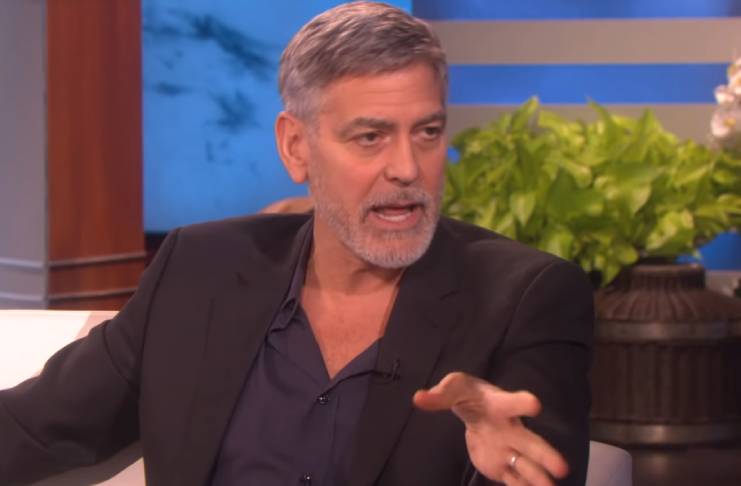 George Clooney and Amal Clooney have been subjected to divorce rumors

Globe has a questionable reputation, but it’s also not the only tabloid to report that George and Amal have an unhappy marriage. In February, Radar Online also claimed that the Ocean’s Eleven actor had not been seeing his twins with Amal and the two were heading for a $520 million divorce.

An insider alleged that the couple had been arguing due to their different lifestyles. Amal Clooney is reportedly all business, while George Clooney is all play.

“They’re like oil and water. They don’t mix – and there’s talk of a possible custody fight over twins,” a source said.

NW Magazine also claimed that George had an illicit affair with Julia Roberts. Just recently, another report alleged that the actor is cheating on Amal with Meghan Markle. There were also rumors that they had been living separate lives, but there was no proof.

What did George Clooney say about his relationship with Amal Clooney

Since the couple has been subjected to various split rumors, fans should take Globe’s report with a grain of salt. Also, contrary to claims that the two don’t get along well, George had nothing to say but praises for Amal.

In a previous interview, George Clooney said that he and Amal Clooney were always a team. In fact, he described them as the “right couple” and the “perfect team.”