George Clooney and Amal Clooney’s lack of time for each other is, reportedly, taking a toll on their marriage.

Exactly a year ago, Woman’s Day claimed that a divorce could be in the cards for the couple. The tabloid claimed that George Clooney and his wife’s relationship is strained because the latter wants her husband to spend more time with their kids.

Amal, who works as an activist and a criminal defense lawyer has no plans to quit her job for the sake of her children. As such, George is the one who has been spending more time with them at home.

“George loves being a dad more than anything but his wife has made it clear from the start that she wasn’t going to give up her work to become a full-time mum, and that means George is left holding the kids a lot of the time,” a source said. 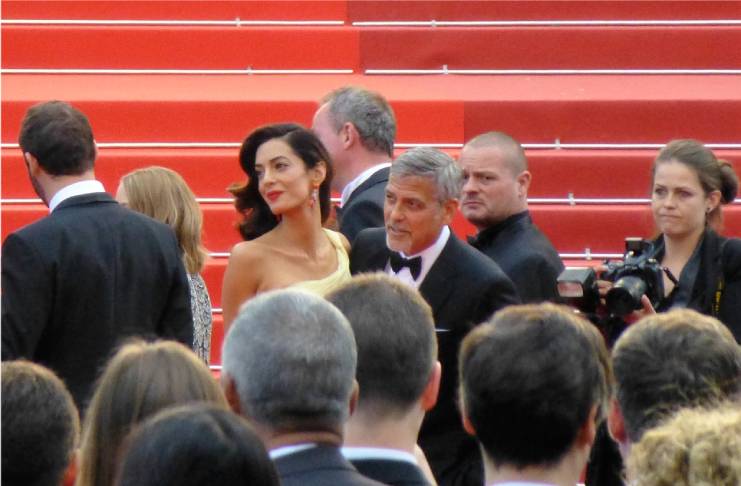 The insider went on to say that it isn’t unusual for the Clooneys to spend so much time apart because of their respective careers. However, things are starting to take a toll on their relationship.

“George adores Amal and their little family, but there has been talk for a long time now they’re drifting apart,” the source added.

However, one should take the claims made by the tabloid with a grain of salt. George Clooney and Amal are not on the brink of a divorce. One year has already passed and the couple’s marriage is still going strong.

Two years ago, the same tabloid published a bogus story about George and Amal. A source claimed that the Up In The Air star has been begging his wife for more children. A month later, the tabloid claimed that the couple was renewing their wedding vows.

Gossip Cop confirmed that neither of the stories was correct.

Most recently, New Idea said that George is looking stressed out while escaping his marital home. The tabloid claimed that the coronavirus pandemic is taking a toll on the couple.

“George is not taking well to being bossed around, and Amal’s finding it suffocating having to clean up after him. He’s like a grown kid, watching TV and movies all day and stuffing his face with junk food while having virtual calls with his friends,” a source said.

However, this isn’t entirely the case either. George Clooney and his wife are self-isolating in their marital home together.

Jessica Biel refuses to let Justin Timberlake out of her sight...

Prince Harry, Meghan Markle out on a date with David Foster,...

Jennifer Aniston pal says she’s in a beautiful place in her...

Sandra Bullock wants a baby at 56, gearing up for a...