George Clooney is, allegedly, living with anxiety after he decided to take his twins away from Amal Clooney.

Last year, National Enquirer claimed that George Clooney stormed out on his wife, and he took their twins to a safe house. An unnamed source told the tabloid that the couple is headed for a $500 million divorce. After all, Amal’s political work has been putting their kids’ lives in danger. However, no concrete pieces of evidence can prove that these hearsays are true up to this writing.

“George is livid that his wife’s hard-charging efforts for human rights have left their children at risk. George is having a very hard time with this, and it’s causing a major rift in the marriage,” an unnamed source claimed, as per National Enquirer.

The insider also claimed that Clooney took his twins to their home in Sardinia. While there, the trio is being monitored by their 24-hour security team. 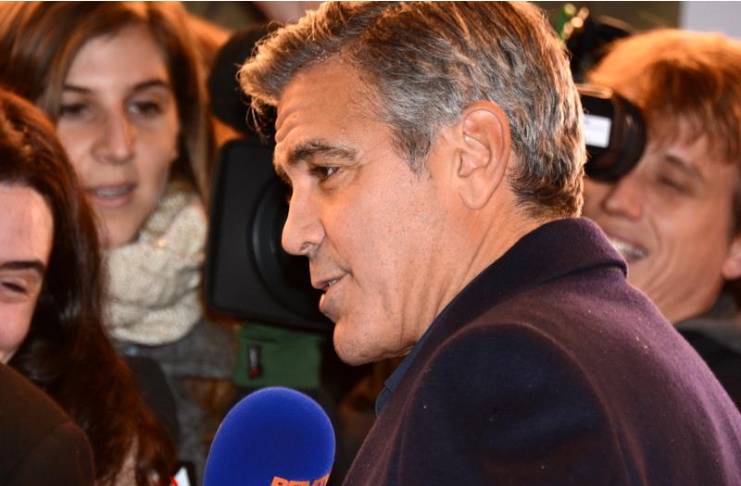 According to the unnamed source, the Ocean’s Eleven actor has been keeping his head down at the villa, while Amal is busy fighting her case against the ISIS.

“He’s living with constant anxiety… Everyone is hoping he and Amal can reach a compromise over this, but George is taking no chances whatsoever, even if Amal can’t understand his actions. It’s been a tough few months for George and Amal. Anyone can see that, and the last thing their marriage needed right now was more stress and tension thrown into it. It will be a miracle if they survive this,” the unnamed source said.

One year has passed and Gossip Cop confirmed that the claims made by the tabloid are untrue. Clooney never took his twins away from Amal amid security concerns. And it is also not true that the Clooneys are having some marital problems.

The actor admits he has real security issues

During an interview with The Hollywood Reporter, Clooney revealed that he amped up the security measures since his wife is taking on a case against the ISIS. But the actor made it clear that he is supportive of Amal’s decision to take on the sensitive case.

“We have real security issues on a daily basis. We don’t want our kids to be targets so we have to pay attention,” he said.

Clooney also said during his interview that life has been good for him generally. However, he misses being able to go out on walks in Central Park.

George Clooney and Amal Clooney have been married since 2014.