George Clooney’s previous injuries are, allegedly, causing a strain on his marriage to Amal Alamuddin-Clooney.

Earlier this year, Globe claimed that George Clooney is in a bad shape again following a scooter accident in Italy in 2018. Prior to the accident, Clooney has been dealing with his chronic back pain as a result of an on-set injury that he sustained years ago.

George Clooney allegedly unable to get up from his chair

A source told the tabloid that Clooney’s scooter accident in Italy aggravated his previous injury. As such, the pain that the actor is experiencing has intensified. The insider claimed that there are times when the Ocean’s Eleven actor is unable to get up from his chair without hollering.

“The fear that he might be confined to a wheelchair during his golden years has grown to nightmarish proportions. The torment and emotional despair have sent him into a downward spiral that has put a terrible strain on his marriage to Amal, and some of his friends worry it may not survive,” the source said. 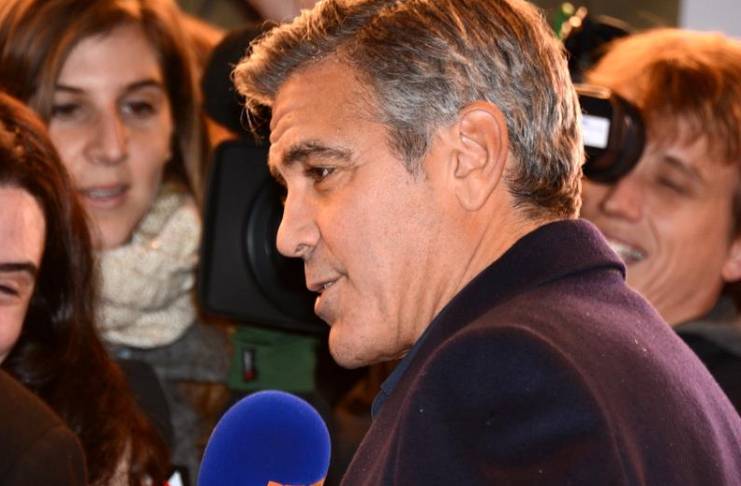 Is George Clooney hiding his money from Amal Clooney?

According to the source, the Clooneys’ have been having problems in their marriage for years. The actor has, allegedly, decided to keep the bulk of his $500 million fortune in secret bank accounts. This way, Amal won’t be able to get them if they divorce.

The insider also claimed that there are a lot of things that Amal dislikes about George Clooney.

“She’s grown weary of his silly sense of humor, which she finds immature, and scolds him for partying too much with Rande Gerber and his cronies. They’ve been living separate lives as of late. Now his back pain and headaches are threatening to leave him a cripple and topple their marriage for good,” the source said.

But the rumor-debunking site, Gossip Cop has exposed the claims made by the tabloid as inaccurate. Following Clooney’s accident in Italy, the actor told his fans that he’s at home and recovering well.

Clooney also underwent an MRI, which revealed that his injury wasn’t serious. In fact, it didn’t take him very long to get out of the hospital.

The actor’s revelation confirms that his recent accident did not aggravate his previous on-set injury. It is also untrue that he and his wife are having issues. After all, they stayed together in London while Clooney was filming for Good Morning, Midnight.

According to Gossip Cop, Amal is also very supportive of her husband’s career. As such, it is unlikely for her and George Clooney to be having problems.