Home Science Get ready for the last supermoon of 2020

Many people gaze at the moon because of its sheer beauty. Poets claim to get inspiration from looking at the moon. That said, moon watchers should mark their calendars on May 7. On this day, the last supermoon of 2020 will rise.

Ever wondered what a supermoon is? It’s a full or new moon that gets closer to Earth within its elliptical orbit. Since it’s much closer to Earth, it appears bigger than normal full or new moons. It’s a marvel to look at since it also appears in a different color. Most people see it as blood-red or pinkish in the sky.

Some even attributed supermoons to very high tides. Skeptics also connect supermoons to volcanic eruptions, earthquakes, and other phenomena. Upon research, scientists never found any connections. Instead of thinking that way, wouldn’t it be best to look at the moon and bask in its brilliance? 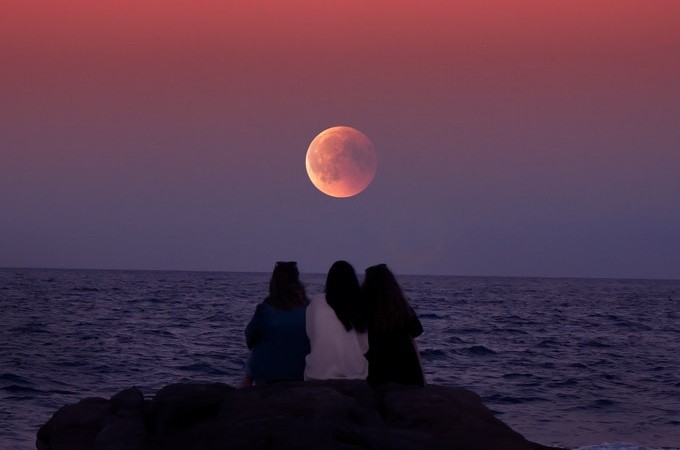 Where the “supermoon” monicker came from

Despite the “super” in the supermoon, nothing is mythological about it. It is a stark contrast to how heavenly bodies get their names. Richard Nolle came up with the name while he was reading a book by Fergus Wood. There are no actual metrics on designating a supermoon phenomenon. Also, few new moons get the supermoon tag.

Nolle provided a measurement of sorts in determining a supermoon. According to him, as long as the moon is close to Earth by 368,630 km, it’s deemed a supermoon. The Earth receives at least 12 to 13 full and new moons each year. Out of those numbers, three or four become supermoons. Sometimes, a total lunar eclipse comes along a supermoon. Expect one in May 2021.

The common idea about a supermoon is that it’s bigger than normal full moons. It may come as a form of illusion or a play to the eyes. During sunset, the moon gets nearer to the horizon. It projects what scientists call a moon illusion. Not only will it appear larger, but it will also appear in a reddish-color. The moon’s luminosity doesn’t change, but it will appear brighter than normal. It happens even at the moon’s farthest point.

It’s common knowledge that the combined might of the sun and moon produces tides. Some say supermoons bring about larger tides than usual. But, even the nearest supermoon can only cause small, extra inches or high tides. There has been no direct connection with supermoons and large tides.

On a clear sky, a supermoon is easy to see on the horizon. Since most people are indoors now, they can check a live feed of the supermoon. Search the Virtual Telescope Project’s live feed on May 7. It’s the last for this year, so better not miss it.