Home Coronavirus Good for Bitcoin? How the U.S. stimulus bill devalues the dollar

The U.S. Senate unanimously approved a $2 trillion stimulus package to boost an economy battered by the coronavirus pandemic. However, printing and distributing free money only devalues it in the long term, which is good news for Bitcoin.

A little before 1:00 a.m. EST on Wednesday, Democrats and Republicans voted 96-0 to approve the stimulus package. US stock markets have responded positively following the announcement, which has been long-awaited by industry and individuals.

Despite a record number of Americans filing for unemployment this month due to business closures stemming from the coronavirus pandemic, the Dow opened with a gain of 275 points (1.3%) while the S&P 500 and Nasdaq Composite rose by 1.1% each.

The situation in Asia was still pretty bleak however with further losses on Far Eastern bourses on Thursday morning, according to CNN. And on the crypto front, markets have largely remained in consolidation this week with Bitcoin hovering around the mid $6,000 level.

Breaking down the stimulus package

Breaking it down, the stimulus package will involve cash handouts to citizens.

Single Americans would receive $1,200, married couples would get $2,400 and parents would see $500 for each child under age 17. The amounts will be staggered depending on income with higher earners receiving less. 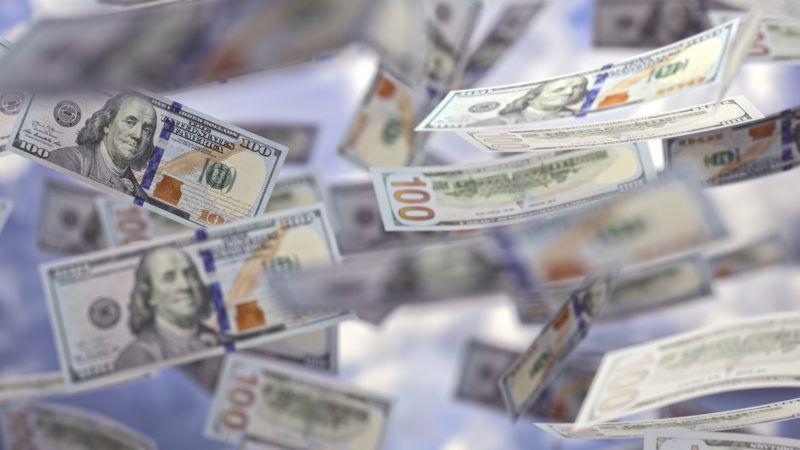 America also has an epic student loan debt problem so another part of the package would be for the Department of Education to defer student loan payments until September 30.

In an unprecedented expansion of unemployment insurance, the government would give jobless workers an extra $600 a week for four months on top of any state benefits they already receive.

The deal also recommends a new pandemic unemployment assistance program. This would provide jobless benefits to those who are unemployed or unable to work because of the coronavirus outbreak. Gig workers will also be entitled to some federal aid.

A $500 billion Treasury Department provision has been set aside for loans, loan guarantees, and investments. The majority of this has been allocated to airlines, companies, states, and municipalities.

There was great concern from the Democrats that funding would be used for President Trump’s personal business interests so they will not receive any benefits as part of the agreement.

According to an estimate from the American Hospital Association, the stimulus package would provide about $117 billion for hospitals.

Though the current value of the stimulus package is estimated to be around $2 trillion, Trump administration economist Larry Kudlow said the package could total $6 trillion all told.

Bullion investor Dan Tapiero commented that the value of money will decrease if the government keeps printing it and distributing it.

The government is giving out money for free. Therefore the VALUE of that money can only go down.#Bitcoin will never be given out for free…. pic.twitter.com/n6nvrAiBib

The comments flew thick and fast with finance data analyst Nick Maggiulli adding; “$6 trillion/330 million people = $18,000 a person. If you aren’t $18,000 richer after all is said and done, don’t worry, someone else is.”

Peter Schiff, who has correctly predicted previous financial crashes commented on why people are looking to safe havens as investments now; “It’s the best way for savers to protect their purchasing power when central banks are intent on destroying it by printing paper money.”

The media coverage, what little there is, of why people are buying gold, is wrong. #Gold isn't a fear trade, or a hedge against the stock market. It's the best way for savers to protect their purchasing power when central banks are intent on destroying it by printing paper money.

The same narrative applies to Bitcoin which cannot be printed or handed out as part of a fiscal stimulus package.

Co-founder and partner at Morgan Creek Digital, Anthony Pompliano, summarized recent events adding that those lucky enough to have savings have just seen them devalued.

🚨Here is what just happened🚨

1. Government shut down small businesses
2. Forced unemployment for millions
3. Bailed out Wall Street
4. Devalued the savings of those without assets
5. Sending you $1,200 and "thoughts & prayers"

Educate yourself. No one is looking out for you.

If the monetary madness continues, a state of hyperinflation could feasibly follow, the results of which have already been painfully seen in several countries in South America.

Ellen DeGeneres broke up with her girlfriend to be with Portia...

Carly Rae Jepsen reportedly set to release ‘Dedicated: Side B’

Coronavirus review: Trump temporarily halts US funding for WHO