A new Bitcoin extortion scam is targeting website owners and threatening to shut down their Google AdSense ads by flooding them with junk traffic unless they pay up.

There are a number of ways for hackers to mess with a website, such as launching DDoS (denial of service attacks).

Another type of attack is the use of fake traffic, which can seriously impact a website’s standing with search engines like Google and Bing.

A new Bitcoin extortion scam is following the fake traffic playbook, but there is a twist in that it is the website’s account with Google’s AdSense that is the target of the attackers. 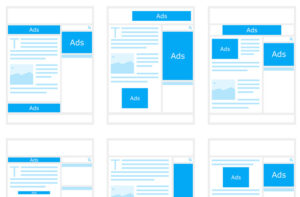 Give up your bitcoins

Krebs on Security was alerted to this new extortion attempt by a user who said he received such a threat.

The attackers demanded a ransom of US$5,000 in Bitcoin or else the hackers would overwhelm the website’s ads with junk traffic, which would then result in “AdSense traffic assessment algorithms will detect very fast such a web traffic pattern as fraudulent.”

As one can imagine, losing ad revenue due to AdSense suspending ads could be deadly to a website. The hackers pushed this fact in order to coerce the Bitcoin ransom from the website’s owner.

“Very soon the warning notice from above will appear at the dashboard of your AdSense account undoubtedly! This will happen due to the fact that we’re about to flood your site with huge amount of direct bot generated web traffic with 100% bounce ratio and thousands of IP’s in rotation — a nightmare for every AdSense publisher. More also we’ll adjust our sophisticated bots to open, in endless cycle with different time duration, every AdSense banner which runs on your site.”

The hackers told the website owner that they would launch a second wave of junk traffic once AdSense lifted the ad ban after the initial attack. This could trigger another ad ban, which could become permanent due to multiple strikes.

The owner of the targeted website grew concerned as he had seen some an uptick in invalid traffic recently with AdSense and that Google was openly discussing improving their systems to detect fraudulent traffic in regards to ads. 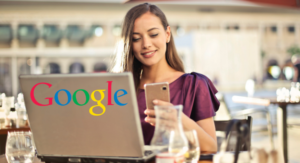 Google says not to worry

Krebs contacted Google over this Bitcoin extortion scam, and the internet giant said people should not worry about such threats.

Google said that the extortion scheme appeared to be a classic threat of sabotage, but the company notes that such threats are very rarely carried out. The search engine giant says safeguards have been built into place to prevent such acts of sabotage from working.

The company also notes that it has multiple systems in place to proactively detect such sabotage and to take such attempts into account with their AdSense enforcement systems.

As a last piece of advice, Google recommends that publishers do not engage at all with those making threats.

The company says that if a website owner is concerned about false traffic, they can contact Google and that an Ad Traffic Quality team can monitor their accounts. 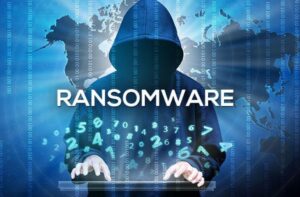 Attacks on the rise

This latest Bitcoin extortion scam is just the latest in a long line of threats that target people and organizations.

In regards to cryptocurrency, one of the most prolific threats is ransomware, and its use has risen dramatically over the last several years.

Schools, local governments, and even health care facilities have been hit with such attacks.

Emisoft, a cybersecurity firm, estimates ransomware attacks cost Australians just over $1 billion while the United States was hit with $9 billion in costs in 2019.