The co-founder of CC Forum Max Studennikov has unveiled one of the biggest blockchain and cryptocurrency lineups ever seen in London – with Dr Doom and Roger Ver set to take part in a ‘heated debate’.

“We have the biggest names in the industry,” Studennikov told Trader Cobb in a podcast interview released today.

“And we also have people who are just marginally connected to the blockchain industry – or probably even sometimes anti (cryptocurrency), like Nouriel Roubini.

“He’s coming over to take part in the heated debates with the crypto people, who’re heavyweights.

“On one panel you will see Nouriel Roubini debating with Roger Ver (Bitcoin.com), Brock Pierce (Bitcoin Foundation), Bobby Lee (BTCC) and Tone Vays (podcaster, analyst), all in one place.

Micky will be ringside, alongside Trader Cobb

Micky and Trader Cobb are both heading over to the forum – and Micky will livestream the event if circumstances permit.

Craig ‘Cobb, who is a speaker, will also be running one of his masterclasses just before the event.

London’s CC Forum is fast becoming one of the blockchain world’s must attend conferences.

Following the inaugural event for 700 people last year, CC Forum expanded to Malta and returns to the UK greatly expanded on October 14-16.

More than 2500 guests, 100 speakers and 70 exhibitors are expected – including royalty and members of the House of Lords and the European Parliament.

To put those numbers in perspective, that’s more than attended Consensus in New York in May – and they didn’t even get a lesser known Viscount along 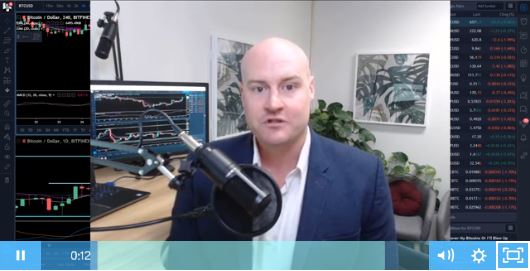 Studennikov told Cobb he first dreamed up the event over a beer with Vitalik Buterin’s former landlord Vinay Gupta (listen to the podcast for the full story about that).

They’d agreed the event needed to focus on attracting “the movers and shakers” – those determined to transform the world via technology.

Alongside the headline debate panel, other speakers include Tim Draper, Prince Michael of Liechtenstein, European MP, David Sigel, Monty Mumford and many more.

An ‘investors hub’ at the event allows startups to grab five minutes each to pitch to 25 family offices and investment funds, representing around $50 billion under management.

There’s also a pitching contest with a 50,000 pound prize.

Held at the Queen Elizabeth II Conference Centre, it’s literally 100 metres from Big Ben and the Houses of Parliament.

With Brexit fireworks expected around that time, it’ll be one of the most exciting places to be in the world.

“I keep saying to people, if they want to see history in its making that’s the right place at the right time to come,” he said.

Conference fit for a Lord

The event has attracted a surprising number of esteemed guests including four members of the House of Lords, two members of the European Parliament, and one member of the Royal Family of Liechtenstein.

A special blockchain reception for selected members of the CC Forum will be held at the House of Lords, hosted by Lord Waverley.

“That shows the extent to how important it is for the UK to retain this unique role of being the financial capital of the world and being at the spearhead of emerging technologies,” he said.

Trader Cobb’s masterclasses will be held in London on October 12, Malta November 9 and Singapore November 16.

Micky readers can save 25% on Businesses Passes and VIP Passes by using the code TRADERCOBB25.