Analysts believe that Grand Theft Auto 6 is still years from launching. With that said, there are a few points that Rockstar Games can learn from their 2018 Red Dead Redemption 2 release.

Rumors and fan theories continue to circulate as all await the release of any official news of a GTA 6 update. With nearly seven years since its fifth installment launch, many are eager for a title follow up.

Even famous names such as NBA superstar Isaiah Thomas have aired out his disappointment about the next installment’s release.

Why does the time between each GTA take so damn long!! Be dope if they dropped GTA6 now

With Red Dead Redemption 2 dropping last 2018, reports say that there are some points that the game developers can learn from and avoid the same mistakes with GTA 6.

Here’s a breakdown of what is out in the open about the sixth Grand Theft Auto title as Rockstar Games continue to keep mum about related news updates.

As mentioned earlier, this year would be the seventh year since Grand Theft 5 was released. As many game enthusiasts already know, it takes developers years to finish producing a certain title.

Inverse highlights James Schreier‘s—a formerly noted game analyst at Kotaku—estimates that the GTA 6 might still take roughly six to seven years following the release of Red Dead Redemption 2. Basically, fans might be looking at a 2026 launch at best.

However, the media outlet also recognizes two other rumored release date—although the Reddit rumor might be a bit far fetched.

Accordingly, noted GTA leakers, Yan2295 and Tezfun2, reportedly predict a 2021 release as their sources have tipped that the sixth title is “more than halfway complete.” A Reddit thread shows a screenshot of what looks like Tezfun2’s comment from ResetEra.

Although the known leaker respects Schreider’s sources, he strongly believes that GTA 6 is actually 60 to 70% done with the game’s development.

The “sketchy” Reddit rumor, on the other hand, allegedly targets an October 2020 release date. Such post has since been recognized by the moderators as unverified information until the user further submits proof of claim.

For now, many are weighing in Schreider’s, Yan2295, and Tezfun2’s release estimates. The community is divided as Scheider has based his on an official workforce condition at Rockstars, but the two noted leakers have been previously proven to be true with their information.

Moving forward to its gameplay—where most of the unverified rumors are focused on, the highly discussed location is Vice City, followed by Liberty City.

As Micky News previously reported, GTA V voice actor Ned Luke has slammed down on this rumor after being confronted by a fan in an Instagram live stream.

Basically, as many have expressed over multiple social media platforms, the location of the next installment is not as important, so long as the gameplay is improved or, in one case, retain an already effective GTA feature.

As WhatCulture laid out, what Rockstar Games can do instead is take their mistakes from Red Redemption 2 and learn from it.

Should GTA 6 be proven to take place in Vice City, Rockstar Games are advised to avoid “recycling maps for nostalgia sake.” The same was observed with RDR 2, but the maps, while improved, didn’t have too much content gameplay-wise.

Second, retooling the moral system of the gameplay to the point that it wouldn’t be contradictory to the game’s storyline. This was seen in RDR 2 that confused most of its players.

A third point worth mentioning is to keep the “average actions” to a minimum, and not to make them “laborious.” Basically, Rockstar should not bombard the game with too much unnecessary realistic animation. 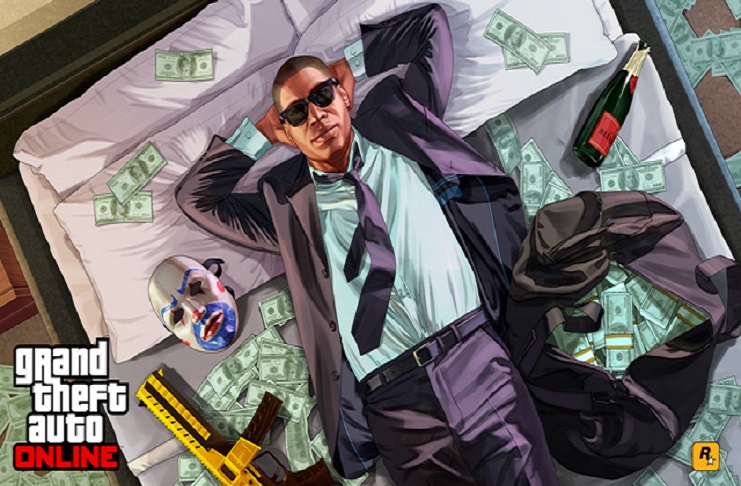 A fourth improvement to keep in mind is making the in-game economy realistic. In GTA’s case, to strengthen the mode of performing a heist or stealing cars so that players can treasure the fruits of their labor more.

If players get too much reward in a single mission, it may reportedly lessen their interest as they can gain too much money in a short time. Letting players work extra hard for money earned would make it more economically realistic.

Also, other rumors provide that the cars in GTA 6 may follow through with that of the horses’ function in RDR 2. This means that the weapons will be placed in the trunk of the cars while maneuvering around the city to avoid the risk of getting caught with a weapon on them.

Similar to RDR 2, where guns are strapped to the horses when traveling. However, there are instances that most of the weapons are left on the horses while the players hurry over to a possible shootout.

Although in RDR 2, players can call on their horses (by whistling)—that may not be the case for GTA, unless the devs decided to absorb a Herbie-type car that responds to its owners.

With that said, the next game title will reportedly be available on PS5, Xbox Series X, and on PC, while it doesn’t stand a chance arriving in Nintendo Switch.

Meanwhile, Fans took it to Reddit to express their hopes that Take-Two Interactive Software, Inc. may shed some GTA 6 updates this May 20. The chances of that happening are pretty slim considering that the announcement is mainly a financial report to its shareholder