Grand Theft Auto fans are in for quite the treat because GTA V has been made free to download on the Epic Games Store for the entire week. Go download the game now.

It has been confirmed that Epic Games would be giving away GTA V for free starting May 14 until May 21. This is great news for gamers who don’t have own the game yet.

It’s been five years since Rockstar Games first released GTA V, but despite the passing of time, the game remains to be one of the most popular today. In fact, the game’s popularity only seems to rise as the years pass. It now has more active players than it ever has.

This could be largely attributed to the franchise’s own reputation. There aren’t many gamers out there that don’t know of the Grand Theft Auto franchise. The name itself brings in a ton of players.

But the support Rockstar Games has for the game, and its players also play a big role in the game’s popularity. The company is constantly putting up new content to make the game more exciting. They also provide lots of incentives and freebies to players to keep them engaged and to play. 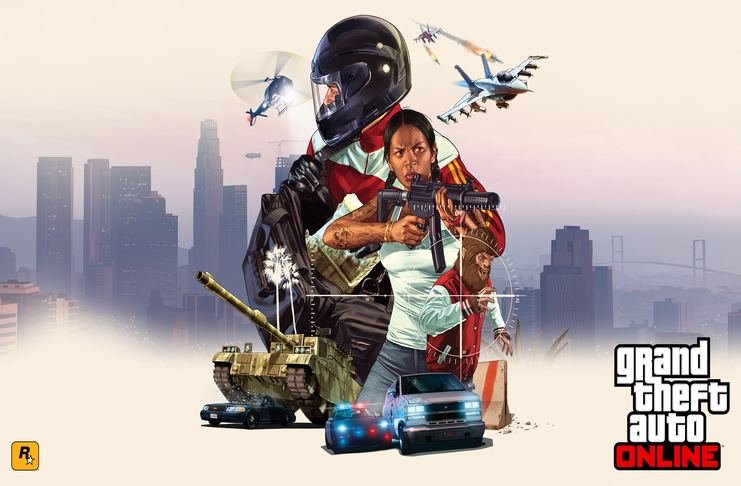 Speaking of reputation, Epic Games had also built up quite a name for them, especially when it comes to free games. Since its launch in 2018, the Epic Games store has had a tradition of giving games away for free.

This time, they’re giving away the premium edition of GTA V. This includes the main story, Grand Theft Auto V Online, and all the content and upgrades were done with the game. Furthermore, the freebie also comes with the Criminal Enterprise Starter Pack.  This comes with a $1,000,000 cash bonus to help layers get started.

Prior to confirmation, Epic Games had teased a countdown of a mystery free game on Twitter. Afterward, they posted a video confirming that GTA V will be available for free on the Epic Games Store. Epic has since deleted the tweet.

It seems like a great number of people are interested in getting the game for free. As people were counting down the seconds before the free GTA V deal would go online, the Epic Games Store suddenly crashed before anyone could download the game.

The heavy traffic on the online store caused the crash, and it took around eight hours before Epic Games was able to fix it.

We understand that many users are unable to access the Epic Games Store at this time. We appreciate your patience as we continue to work towards a resolution to mitigate traffic.

Epic Games had acknowledged the issue on Twitter. “We understand that many users are unable to access the Epic Games Store at this time. We appreciate your patience as we continue to work towards a resolution to mitigate traffic,” their post reads.

Luckily, the issue was soon resolved, but Epic Games will now require people to enable two-factor authentication before downloading the game.

Images courtesy of Rockstar Games (1) and (2)

France sets out rallies in support for freedom of speech

The adventure of Tanjiro in Mugen Train: What fans have to...

Jeff Bridges reveals he has been diagnosed with Lymphoma

Zac Efron ditching girlfriend in Australia and head home to US:...