GTA V and GTA Online will both be getting a next-gen upgrade as Rockstar Games confirm their arrival on the PS5.

Sony had just hosted an all-digital games showcase where they also revealed the highly anticipated PS5 console. While the console itself garnered much attention, what made fans even more excited are the games confirmed for the Playstation 5. Among those confirmed to arrive on the PS5 is GTA V and a stand-alone multiplayer, GTA Online.

A PS5 upgrade for GTA V

Sony had made the announcement during their Future of Gaming event. The company revealed that Rockstar Games would be enhancing its popular game just for the PS5. The GTA V for the Playstation 5 even had its own trailer.

Furthermore, Sony followed up this reveal with a press release. “With a range of technical improvements, visual upgrades and performance enhancements, GTA V & GTA Online will take full advantage of the PS5 hardware and its new features, making the game more beautiful and more responsive than ever,” the company says.

Sony had also revealed that they would be working with Rockstar Games for a standalone PS5 version of the online multiplayer, GTA Online. When Rockstar Games launches the game sometime in mid-2021, Playstation owners would be able to grab the game for free. This will last up to three months after it is released.

However, players would still need to subscribe to Playstation Plus in order for them to play it.

This news also comes with an interesting perk for Playstation 4 users. According to Sony, PS4 players would receive $1,000,000 for each they play the game before it is released on the PS5.

The game was first released back in 2013 on the PS3 and the Xbox 360. Afterward, the game made its way to the next generation of consoles, the PS4 and the Xbox One.

Now with this announcement, Grand Theft Auto V will be crossing into the next generation console. This means that the game has spanned three generations’ consoles, and it’s still going. 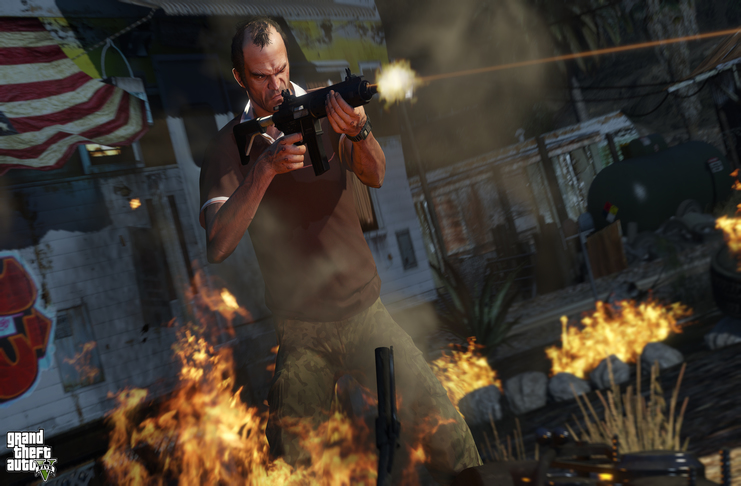 One might think about how the game could stand the test of time, but the secret probably lies with its success. Grand Theft Auto is easily one of the most recognizable titles out there. GTA V itself is the second best selling game of all time, just behind Minecraft selling 130 million copies sold.

It has managed to maintain its popularity over time and has generated a revenue of around $6 billion since it was released. In fact, just three days after the game’s release, it already managed to earn $1 billion, $800 million of which is just on the first day.

A sequel to the game is still highly unlikely to happen. However, Rockstar Games continues to provide new and exciting content for GTA V for players to enjoy.

Jennifer Aniston, Jimmy Kimmel friendship: What you need to know about...