Gwen Stefani and Blake Shelton are, allegedly, going all out with their wedding.

According to Star, Gwen Stefani and Shelton are tying the knot in Oklahoma. They are, allegedly, spending $2 million for their nuptials that will feature fireworks and rides for their young guests.

However, one year has already passed, and Stefani and Shelton still haven’t tied the knot. As such, one should take the wedding rumors about the couple with a grain of salt.

Still, an unnamed source insisted that Stefani and Shelton already planned everything out for their big day.

“They’ll fly people in via private jets, and all of their celeb pals will be there, including Kelly Clarkson, Chrissy Teigen, John Legend and Adam Levine, who’ll serve as Blake’s best man,” the unnamed source said, as per Star.

The No Doubt singer, allegedly, hired a top Michelin-star chef in Los Angeles for a five-course sit-down feast. And since Stefani eats healthy, everything that will be served at her wedding will, allegedly, be organic. 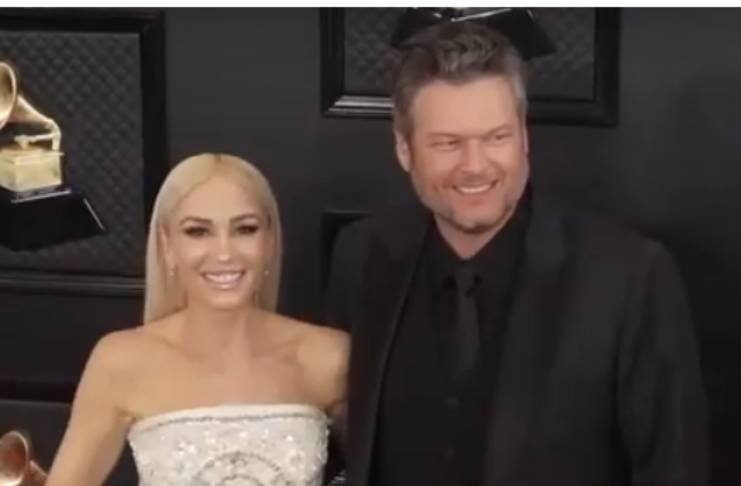 Since Stefani has three children with her ex-husband Gavin Rossdale, the singer wants to make sure that they will have a blast at the gathering. As such, the singer will be setting up a full-blown fair with rides and games.

To cap off the night, Gwen Stefani and Shelton’s guests will, allegedly, be treated to a 30-minute fireworks display.

“He wanted to light the fireworks himself, but she doesn’t think it’s a good idea, so they’ll bring in professionals,” The source said.

Today, Stefani and Shelton are still together. And their relationship is going strong. However, they haven’t tied the knot. The country singer hasn’t even proposed to his girlfriend yet.

Last year, Stefani made headlines for sporting a huge diamond ring on her finger. Her fans immediately thought that the ring was from Shelton.

“It might be a real ring — a real diamond — but it’s not a wedding ring, no. It actually doesn’t fit over the glove on [the right] hand so I put it on this hand. But it looks good, right? When I have something to say, I’ll say it,” she told E! News.

Blake Shelton would love to be married to Gwen

During his interview with Entertainment Tonight, Shelton said that he’s not upset over all the engagement and wedding rumors surrounding him and Stefani.