Gwen Stefani is, allegedly, seething at Kelly Clarkson for hogging Blake Shelton’s attention after announcing her divorce from Brandon Blackstock.

According to Globe, Shelton has been giving Clarkson a shoulder to cry on and Gwen Stefani is upset. An unnamed source said that Shelton and Clarkson are texting each other nonstop. As such, the country singer doesn’t have much time with Stefani. However, no concrete pieces of evidence can confirm that these hearsays are correct as of this writing.

“Gwen is used to being the focus of Blake’s attention, especially since they’ve been in lockdown together these past three months. But when Kelly recently contacted Blake to tell him there was trouble in paradise between her and her husband, it seems that’s all Blake’s been talking about,” the unnamed source said, as per Globe. 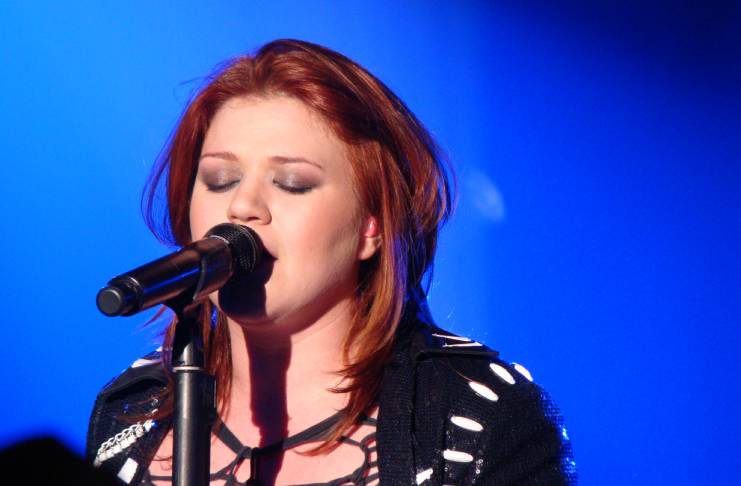 The source said that Shelton and Clarkson became much closer to each other after they both lent their expertise on The Voice.

“They argue and fuss a lot on The Voice, but it’s part of what makes the show interesting. [Clarkson and Shelton] have this sort of edgy chemistry between them and they share the same sense of humor. They are both country singers and Kelly is a down-home Texas girl who isn’t a fan of the limelight, and Blake is happiest when he’s home on his ranch in Oklahoma hunting, fishing, and driving his ATV through the mud,” the source said.

Gwen Stefani not a perfect match for Blake Shelton?

The insider seemingly suggested that Shelton and Gwen Stefani are not a perfect match because they are not alike.

“Gwen, on the other hand, always looks like a Barbie doll and prefers the Beverly Hills lifestyle. While Gwen eats like a bird, Blake and Kelly both enjoy a good meal. And they’ve supported each other as they’ve tried to lose weight over the years,” the source said.

The insider also added fuel to the fire by saying that this is the first time that Shelton and Clarkson are single at the same time.

“Maybe if Gwen knew for sure what the future holds for her and Blake, she wouldn’t be so upset,” the source concluded.

Gwen Stefani is not upset over Clarkson and Shelton’s closeness. The country singers are nothing more than friends.

Images used courtesy of DFree/Shutterstock and vagueonthehow / CC BY (https://creativecommons.org/licenses/by/2.0)

‘The Batman’ shoot continues in Liverpool despite restrictions

Amazon making the ‘I Know What You Did Last Summer’ series

‘Among Us’ Beta removes problem with the imposter rule in the...

Park Seo Joon unveiled his cameo in ‘Record of Youth’

T-ara’s Ham Eun Jung will appear for the first time in...