Half-Life: Alyx received mostly positive reviews hours after Valve released the game with reviewers raving over its use of virtual reality (VR) in the gameplay.

The first-person shooter was praised for its immersive gameplay and was referred to as “a foundation of the future VR gaming and must-have for VR fans.”

Fans of the series thought they saw the last of the game following the release of Half-Life 2 in 2004 and Half-Life 2: Episode Two in 2007. After 13 years of waiting, Valve finally unveiled the follow-up title in November 2019 and was released on the PC platform this month.

The story of Half-Life: Alyx takes place five years before the events of Half-Life 2. The new game has a different protagonist but the story is basically the same as the main character battling an occupying alien race called “Combine.”

While the protagonist in the 2004 and 2007 installment was Gordon Freeman, the new game features Alyx Vance.

Interestingly, Alyx Vance was a non-playable character in the first two Half-Life games and was a resistance fighter allied with Gordon.

In the new game, Alyx’s main goal is to rescue his father before the aliens realize that they have captured the leader of the human resistance. Armed with her trusty gravity gloves and a variety of weapons, she takes on the mission with the help of her father’s friend, Russel. 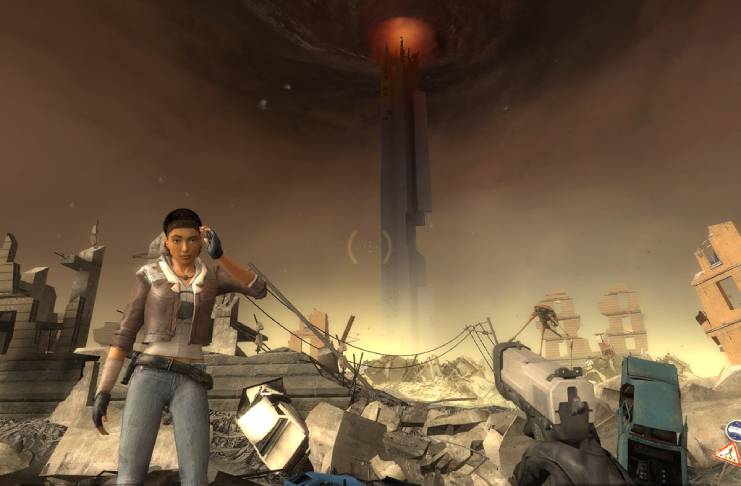 Video game enthusiasts and game analysts have already taken to social media to praise the game. The game garnered favorable ratings with PC GAMER which gave it a rating of 92%, while GamesRadar rated it a 4.5 out of 5.

Popular YouTube game vlogger Pewdiepie, in a review, said the game surpassed his expectations. Pewdiepie’s video review of Half-Life: Alyx garnered more than a million views hours after it was uploaded.

Geoff Keighley, video game journalist and host of GameTrailers TV took it to Twitter to congratulate Valve for its “stunning return to form,” saying that Half-Life:Alyx was the exact Half-Life installment that fans have “all been waiting to play for 13 years.”

Congrats to the team at @valvesoftware on the launch of Half-Life Alyx. This is a stunning return to form — it's the Half-Life we've all been waiting to play for 13 years, which just happens to be in VR. pic.twitter.com/VdUjJjMLWH

A definite ‘must-have’ for VR fans

GeekWire pointed out that Half-Life: Alyx is a VR fan must-have. The website said the game is “aiming to be as foundational for VR as the original Half-Life was for the first-person shooter, or Half-Life 2 was for realistic game physics.”

Upload reported that Half-Life: Alyx made it to the Top 25 games of the day after setting a record high on Steam’s Concurrent Daily Player list. The game, reportedly, peaked at more than 42,858 concurrent players during the day of its official release on March 23.

Inside the Steam Official website, the game garnered a 96% positive rating based on 3,393 user reviews.

The game is impressive with its VR and interactive features to make sure players will remain immersed and complete Alyx’s mission in about 15 hours.