Microsoft is releasing Halo 2: Anniversary on Steam and Xbox Game Pass for PC next week. Fans expect the Master Chief Collection to expand on May 12 with this remake of the 2004 FPS game.

Halo 2: Anniversary is not a new game at all. Microsoft first released this remake in 2014 for its Xbox One console. The game was a part of the original Master Chief Collection for the console.

The company put out the game with vast improvements, with better cinematics, cutscenes, and remastered audio. This port of the adventures of Master Chief offer players more optimizations for a superior experience.

The new Halo 2 PC port offers many features that the entire PC Master Race will enjoy. For starters, the game supports crucial Ultra HD resolutions for PC fans. The game’s resolution goes as high as 4K and even gives ultra-wide support.

Halo 2: Anniversary is coming May 12

For players with ultra-wide screens, they can also customize the field of view (FOV). By doing so, they can get the full experience of their special rigs. Another optimization the game has for its PC fanbase is the ability to toggle. Players can interchange between the Anniversary graphics and the original Halo 2 graphics.

Halo 2: Anniversary has its own listing on Steam, hinting that players have a variety of choices. The game lists as a DLC for the entire Master Chief Collection. Even then, fans will likely have the option for standalone purchase.

The entire Master Chief Collection came out December 3rd last year. The collection will have six titles on it, with two ready on the day of release. These two titles are Halo: Reach and Combat Evolved Anniversary.

Each MCC game so far costs $10, while the entire release is $40, with future release given for free. 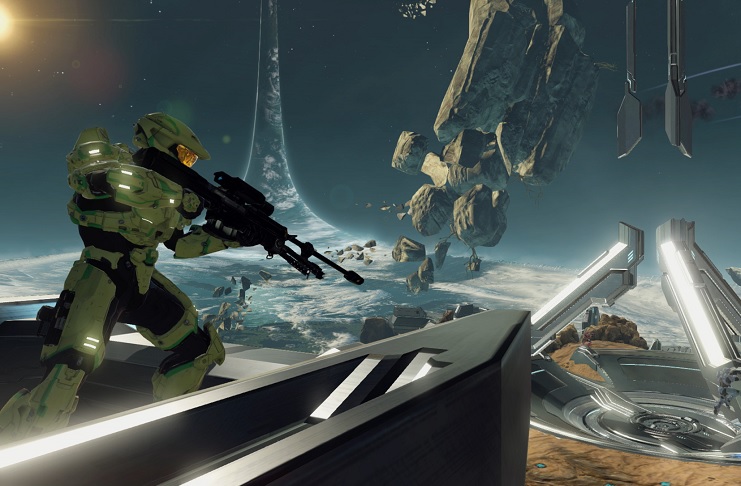 Xbox Game Pass is a great alternative for Halo fans

For those who are not ready to commit, another great option is the Xbox Game Pass for PC. The Game Pass costs $5 per month of subscription, with the first month at $1. What makes the game pass worth it is the wide array of choices players have.

With the pass, players can get a subscription for more than 100 titles. These games include Xbox exclusives like Halo 5: Guardians and Forza Motorsport. If you’re the type of player who don’t care about long-term “ownership”, the Game Pass is a solid pick.

Halo 2: Anniversary is almost here. Players are ready for the next titles on the list on the collection: Halo 3 and Halo 3: ODST.