The announcement for Hardspace: Shipbreaker showcases everything players can expect from the game. It simulates Zero-G movement, explosions, and even all the injuries players can get from salvaging. Players will see hints of engineering games like Space Engineers but on a much closer perspective.

Shipbreaker started its alpha build back in February, with Blackbird Interactive leading the way. The gameplay of the sim is simple and easy to play. Even then, the game takes a while to master.

In the game, players have a task to cut on a variety of spaceships, marooned and wrecked out in space. Salvagers would need to break them apart into the most valuable loot, tearing them piece by piece.

This idea sounds simple until players get through the intricacies of space. Players need to avoid dying from the many environmental hazards present in the ships. Escaping with precious loot is not as straightforward as it is on Earth.

Busted fuel lines can cause a chain of explosions that could lead to death. A power cable lying around with power running through it can cost players the job if it electrocutes them. Also, stripping decommissioned ships for valuable parts is not the end goal.

Following the narrative, players would need to pay off their debts to Lynx, a ship-salvaging corporation. At the start, players have an outstanding debt of a billion credits. Chipping away spaceships means chipping more away from the debt that shackles the player to their tasks.

Blackbird’s Hardspace: Shipbreaker redefines the genre of job simulation by adding all sorts of failure points to it. Many games in this niche, like Maneater, House Flipper, and even Elite Dangerous, have a common theme. 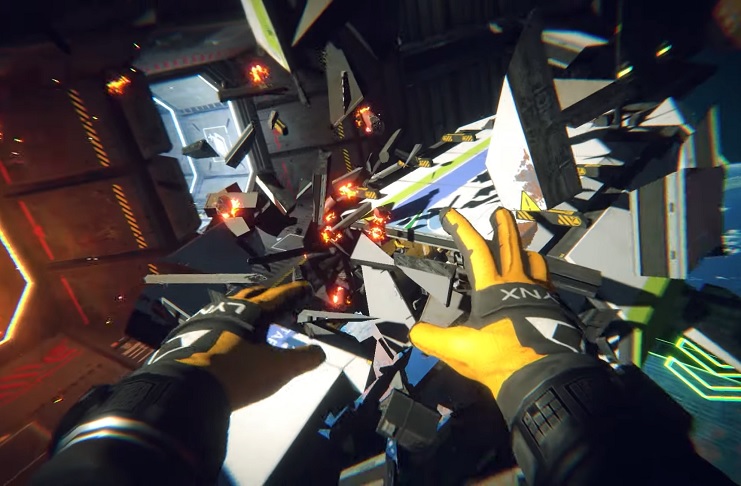 Monotony in job sims is the bane of its existence, while also acting as its very lifeblood. Once players in job sims get the hang of the game, all they need to do is do the same thing over and over again. This zen can be a good thing or a bad thing.

In Shipbreaker, players will still get the same zen, but not from the monotony. Salvagers cannot go into a rhythm because not all ship parts are the same. Every task will have its challenges, stimulating players to think on their feet.

Hardspace: Shipbreaker will be available on Steam for Early Access on June 16 and can be wishlisted on the platform.