HBO is yet to embark on another thrilling series, and David Gordon Green will direct the pilot episode.

While many are not familiar with Clive Barker’s thrilling novel The Hellbound Heart, HBO is on board in developing a potential TV series based on the Hellraiser movies.

Yes, you heard it right. A new series from the Hellraiser!

Mark Verheiden and Michael Doughtery will be writing the Hellraiser series, and famous director David Gordon Green will direct the epic project.

According to HBO, the potential sci-fi series will be based on the Hellraiser movie. The movie franchise currently has ten films, with its most recent film Hellraiser: Judgement last 2018.

The HBO project will be different from the movie franchise that Spyglass Media is developing, and it will be directed by David Bruckner.

According to reports, the Hellraiser series will be a continuation and not a reboot of the movie franchise. The series will be focusing on the mythologies of the film series.

In the film series, the story focuses on a group of evil beings, called Cenobites, who came from hell. The group will have a pinhead character lead. 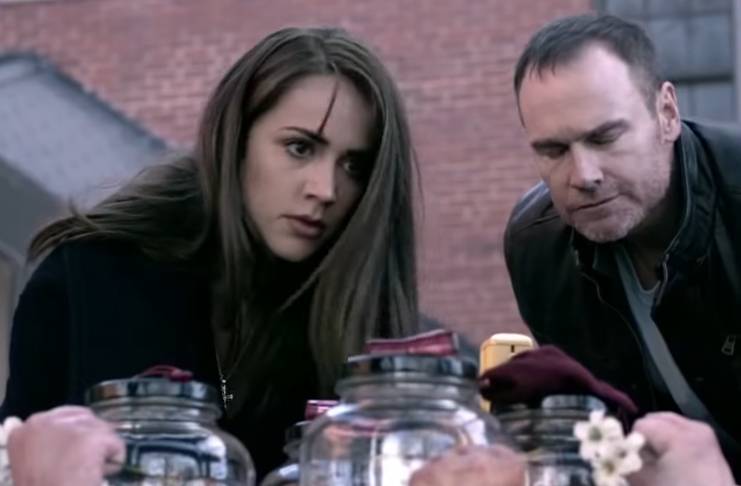 The first Hellraiser film was based on director and writer Clive Barker’s novella titled The Hellbound Heart.

Unlike the first few Hellraiser films, the series HBO is working on has nothing to do with Barker.

Verheiden and Doughtery will be the executive producers in the series and will work with Green as a director.

Some of Green’s partners like Danny McBride, Jody Hill, and Brandon James from Rough House Pictures will also produce the series.

Dan Farah from Farah Films and Roy Lee from Vertigo Entertainment are also part of the series production.

Furthermore, the series will also be co-executive produced by Andrew Farah and Adam Salzman.

Green has always been in a good, long-term relationship with HBO, along with his Rough House partners.

Green and his team were the ones who produced and directed other HBO series in the past, such as Eastbound & Down, Vice Principals, and the Righteous Gemstones.

Hellraiser will be one of Green’s upcoming series, and many are raising their expectations for it.

The sci-fi series is also one of the many projects HBO is working on along with other TV shows.

One of those is Tre Cnt, a pro-wrestling show, which is produced by Dwayne Johnson and Issa Rae.

Images courtesy of ONE Media/YouTube Screenshot