World War II tactical shooter Hell Let Loose is preparing one of their biggest updates. Part of the preview to the changes is the addition of a new map named Carentan.

The new map for Hell Let Loose is a familiar experience for veteran FPS players. Carentan is one of the most infamous maps in the original Call of Duty. Fans like it so much that it even came back with Call of Duty: WW2.

Carentan is among the most notorious maps online

Any fan of World War 2 shooters would enjoy what Carentan has to offer. The real town is a small rural town in Normandy, France. It’s one of the most significant urban warfare locations and an early strategic goal for the Allies. 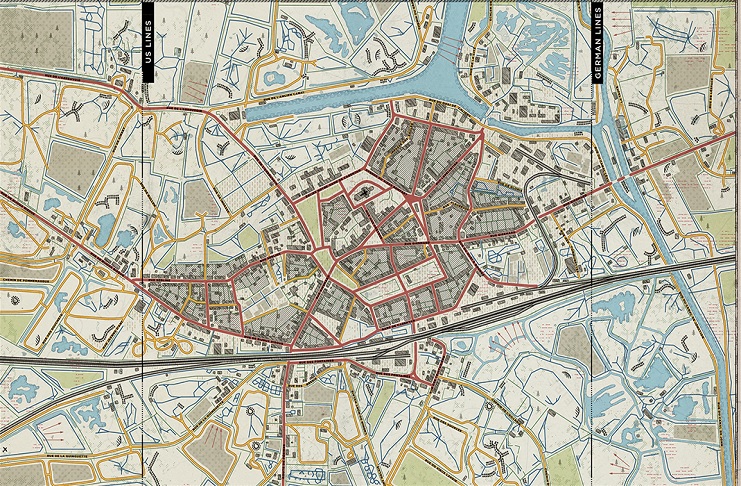 For anyone who isn’t hardcore on history, Carentan came up first in Band of Brothers. The town is a hardcore locale, with positions everywhere and it can be very unforgiving. Soldiers who go into Carentan will notice how huge the area and how hard it is to defend.

Carentan in Call of Duty is an unforgiving slog for players. A variety of yards work as good ambush spots against the opposition. The streets are narrow, with a focus on verticality and induce claustrophobia in a skirmish.

These agitating experiences are what the dev team of HLL is looking for in their version of Carentan. For players who want to make the best of the map, some strategic thinking is crucial.

The Carentan for Hell Let Loose is larger than previous versions in other games. According to the dev blog, it’s the “largest playable urban landscape” they ever attempted. Controlling the map is also a matter of strategic smarts.

To control Carentan, players would need to choke the bridges and canals up north. There are also four primary thoroughfares inside town too. These places will help own the town or cut it off from everything else.

“Carentan is very different to every Hell Let Loose map you’ve played before,” said Max, part of the dev team. “We studied all the feedback from Sainte-Mère-Église (our urban test-run). From this, we boiled down key elements that made up great urban warfare and then set about building a pipeline that would allow us to deliver this in an optimised way.”

Hell Let Loose is a superb tactical shooter from Black Matter. The game is on Early Access but is a robust experience equal to any AAA FPS title. The core gameplay is a balance between realistic shooters and enjoyable power play.