Blizzard wants to ensure that each Overwatch hero gets their time on the limelight in the game. This is one of the reasons why the developers introduced hero pools months back, but the feature has since been removed from the game.

Since last May, the hero pools in Overwatch have been entirely removed from the game. This means players no longer have to worry about their favorite heroes being removed from circulation for a week. However, it seems likely that Blizzard is looking for a way to incorporate the feature soon.

The pros speak up

Just recently, the Paris Eternal emerged as the victors during the Summer Showdown. Coach Hee-Won ‘Rush’ Yun recently spoke up about the future of hero pools in the game. He starts by saying that the hero pools should reflect the game’s short tournament format in its eSports counterpart. 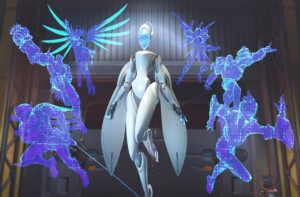 He suggests that in the game’s professional divisions, the hero pools should last at least a month-long instead of a week long. This forces players in the professional league to change their lineups as the meta won’t always be followed with a month-long ban.

In the higher ranks of the game, the meta is more established, and players are more or less going to see the same heroes repeatedly. This is why hero pools are crucial in the game.

A few weeks back, Blizzard tried a new format of hero pools in the game during a professional match. In it, teams had the chance to ban at least four heroes, which included two DPS, two supports, and two tanks. Mainly, there could be a total of eight heroes banned in a match.

Many players believe that this might be the best option for hero pools in Overwatch. Instead of letting randomization decide who’s going to be banned next, players should instead be given the opportunity to ban the heroes they don’t want at the start of the match.

Blizzard is said to be working on possibly making hero pools return in the game. For now, it might be a while before we see it again unless Blizzard finds the perfect balance between balancing and the meta.

Overwatch is highly reliant on team composition and meta. Without hero pools, matches are going to feel the same over and over again. Fans are hoping that Blizzard will be able to create a hero pool system that everyone can agree with.