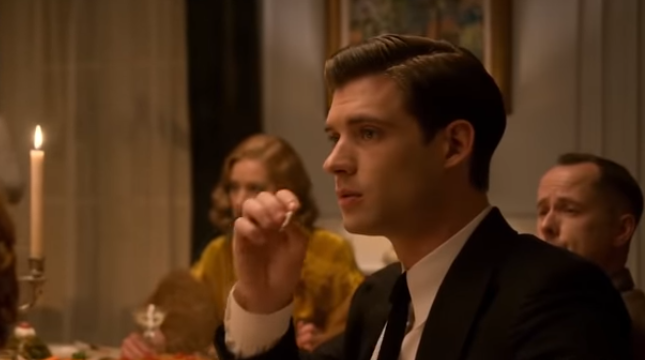 Despite the success Hollywood brings to Netflix, the series will not be returning for the second season.

However, Ryan Murphy hints of season 2 renewal as fans clamour for a sequel of Netflix’s lavish and messed up society. Considered as one of Netflix’s original series, Hollywood was created and written by Ryan Murphy.

Murphy is also responsible for the production of American Horror Story. Set in the post World War era in Tinseltown, Hollywood became the golden age of movies, influence, and stardom.

Murphy envisioned a series that will take the viewers back to Hollywood‘s rise to fame. Furthermore, the series follows a group of desperate movie actors and filmmakers. The characters try to make their dreams come true, whatever the cost.

Although Hollywood immediately rose to fame, the series appears to have been designed as a one-season production.  There is no confirmation from Murphy about the further development of the show.

Hollywood season 2 will not return to Netflix

Based on Netflix’s renewal status, Hollywood is a miniseries. Like many other Netflix miniseries, Hollywood contains one season plot. The popularity of Hollywood might change the direction of how Netflix deals with the series. For now, fans will have to accept that the series will not return in the next season.

It's time for a rewrite. HOLLYWOOD is now streaming. pic.twitter.com/8ENPGzjrWR

In a recent Instagram post, Ryan Murphy clarified several questions on season 2 renewal. Murphy explained that the series was originally planned as a limited show. However, the creator was optimistic about developing a second season. He answered,

“Well HOLLYWOOD was planned as a limited series, but it’s become so popular that everyone is asking for another season. So who knows? I sure do love this cast though. Xo.”

Murphy is always fond of anthology series, which was evident in his American Horror Story. Murphy conveyed that anthology will certainly allow Hollywood season 2 to return. Also, he explained that he will not revisit the original characters. Murphy added that the story begins 20 years in the future.

Murphy also explained that huge success can change the direction of Netflix. The creator confirmed that there was no discussion for season 2 development. However, Murphy is open to possibilities.

There are so many storylines that could bring back Hollywood to season 2. With the same casts, Murphy can work around  Ernie’s gas station. Last season’s finale highlighted the story of Ernie. Moreover, Murphy can also follow the story of Meg.

Fortunately, fans have shown their support to renews Hollywood season 2. Fans took to Twitter their call for a second season, hence there is enough demand for the series to move forward. However, Netflix argued that so many projects are already lined up, hence, it’s hard for the series to return.

Image Courtesy Of FilmSpot Trailer/Youtube Screenshot
Micky is a news site and does not provide trading, investing, or other financial advice. By using this website, you affirm that you have read and agree to abide by our Terms and Conditions.
Micky readers - you can get a 10% discount on trading fees on FTX and Binance when you sign up using the links above.