Hong Kong’s Hang Seng Index was battered by more than 5% due to China imposing a national security law. The clash between the U.S. and China further added the negative sentiment for the Asia Pacific markets as they plunge to end the week.

Just when you thought China’s controversies would mainly focus on the coronavirus as well as Trump’s accusation that they are conspiring with the World Health Organization (WHO), the attention now shifts to Hong Kong.

In a recent session in China’s National People’s Congress, legislation expected to strengthen Beijing’s hold on Hong Kong was announced.

The Hang Seng Index reacted negatively to the recent announcement as it plummeted over 1,300 points. However, other Asian markets slightly dipped to roughly one to two percent.

The MSCI Emerging Markets Index took a heavy hit as well amid the barrage of the U.S. and China conflicts.

MSCI Emerging Markets Index down 2% as tensions in #HongKong and between the US and #China flare up. pic.twitter.com/FXAzjG0hcs

Despite the backlash it has been getting these past months, Hong Kong tries to innovate its financial systems as it was able to launch its first approved crypto fund last month.

The law further emphasizes to prevent, frustrate, and punish acts in Hong Kong that threaten national security. In addition, the laws would also ban secession, foreign interference, terrorism, and all rebellious activities aimed at overthrowing the central government.

OCBC Bank’s Vasu Menon tells CNBC’s Street Signs that the political developments of Hong Kong didn’t have any significant impact in the medium to long term. However, he’s not sure whether it will affect the entire global markets especially with the growing U.S. and China tensions.

To understand Hong Kong’s situation, look at its history

As early as June 2019, Hong Kong residents have been protesting, demanding democracy from China. But looking deeper into the history books, Hong Kong has been a British colony for over 150 years.

It eventually became a busy trading port as time went by and its economy took off in the 1950s. The Asian country was also known for being a safe haven for migrants fleeing from chaos in mainland China.

In the early 1980s as the deadline for the 99-year lease approached, Britain and China negotiated on the future of Hong Kong with coming up with a treaty in 1984.

This treaty would see Hong Kong return to China in 1997, under the principle of “one country, two systems.”

In this agreement, Hong Kong would have a high degree of autonomy with the exception of defense and foreign affairs for the next 50 years. 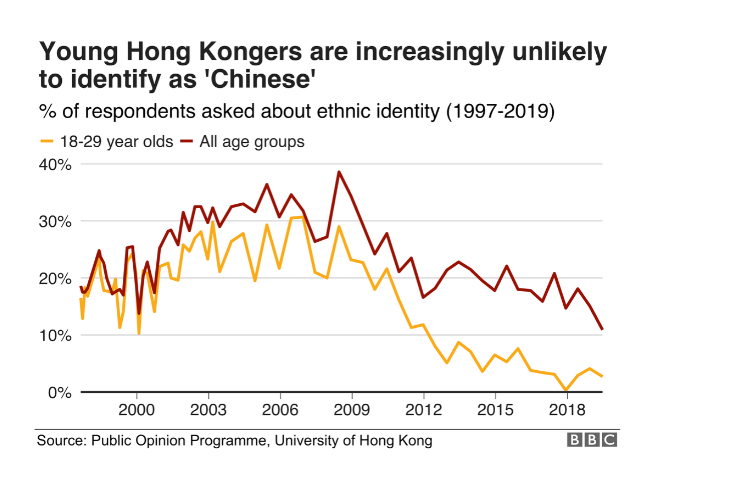 In these changing times, Hong Kong youth inhabitants don’t see themselves as Chinese according to recent data. There has also been a spike in anti-mainland Chinese sentiment in Hong Kong in recent years.

Hong Kong still continues to fight for its independence up to this day, and the recent moves of China, along with its conflicts with the U.S., may continue to shake the markets in the coming days.