Guerrilla Games has confirmed that Horizon Forbidden West, the sequel to 2017’s Horizon Zero Dawn, will be launching on Sony’s new PlayStation 5 console.

The announcement was made via Sony’s PS5 event last June 11, with Guerrilla Games also sharing the news through its official Twitter page.

Although there has been no release date announced yet for Horizon Forbidden West, fans of the action role-playing game should expect the game’s launch will follow the PS5’s 2020 holidays roll-out schedule.

The long-awaited follow-up to Zero Dawn

Developed by Guerrilla Games and published by Sony Interactive Entertainment, Horizon Zero Dawn was released in 2017 as a PlayStation exclusive.

In the past three years, the game has since garnered near-universal critical acclaim, while also becoming a certified hit.

Not only was it Guerrilla’s biggest debut ever, but it also went on to become one of the best-selling PS4 games in history.

With 10 million copies sold, it currently ranks seventh all-time, just ahead of 2017’s Gran Turismo Sport and behind 2014’s The Last of Us Remastered.

Now fans are finally getting a sequel and the excitement is understandably high, as evidenced by the replies to Guerrilla’s Twitter post. 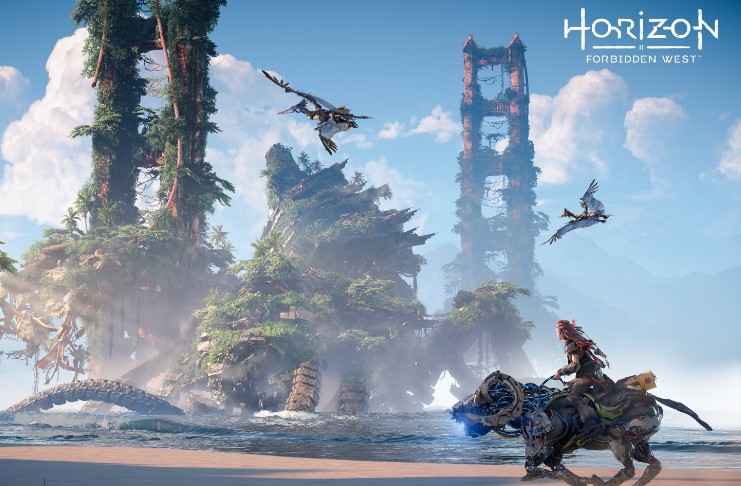 What to expect from Forbidden West

As indicated in a post on the official blog of Sony’s PlayStation, Horizon Forbidden West’s plot will follow the main character Aloy’s new adventures as she journeys westward to an American frontier set in the distant future about a millennium away.

Of course, along the way, she’ll have to deal with all sorts of dangerous and mysterious obstacles, creatures, and machines.

As far as plot details are concerned, fans don’t have much to work with just yet, but the announcement trailer does offer some interesting clues.

For instance, there are visual references to San Francisco City ruins, including the Palace of Fine Arts now buried underwater, and the Golden Gate Bridge almost completely covered by vegetation.

The trailer also showed new tribes that Aloy will meet, as well as a familiar figure in Sylens, another prominent character from 2017’s Horizon Zero Dawn.

Also unveiled in the PS5 event

Of course, Horizon Forbidden West is far from being the only game that was announced in Sony’s PS5 event.

For more about the games announced at the recent PS5 event, check out our coverage.