It’s a well-established fact that in-game details – no matter how small – is crucial to the success of a given title. So it’s reassuring that 343 Industries is sticking to this axiom when it comes to the development of Halo: Infinite.

The team behind the sixth installment of the main series posted a short clip on Instagram where they were seen recording the sound of whizzing and ricocheting bullets. Several microphones have been set up on the ground to catch the noise as a professional fired round after round on the area. 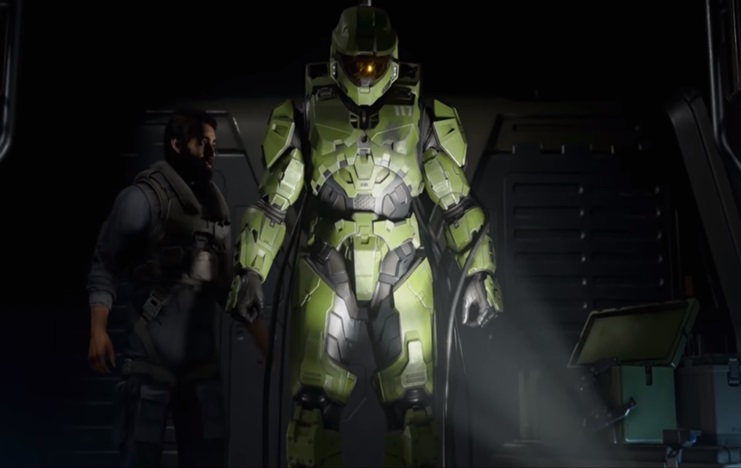 Protagonist and antagonist of Halo: Infinite

The 343 Industries has been keeping a tight lid about Halo: Infinite for some time now. The biggest update the gaming community received was during E3 2019, where the developers released an incredible trailer for the upcoming installment.

It’s already been confirmed that Master Chief will be the main protagonist of Halo: Infinite, a decision that has resonated well with the franchise’s fans. But who will ultimately receive the bullets that are being recorded by 343?

In the ending of Halo 5, the writers have set up Cortana as the next big bad after the artificial intelligence betrayed Master Chief. There are theories out there that this betrayal may have been caused by the logic plague.

While this remains unconfirmed for now, the theory has a solid argument since Cortana did spend a month-long conversation with Gravemind in previous installments. That would’ve been enough time to infect her with the logic plague given that the same thing happened to 032 Mendicant Bias, a more advanced AI compared to Cortana.

Whatever the case, the narrative of Halo: Infinite is going to be a gripping one, especially since Master Chief is back on the spotlight once again. Fans are already preparing themselves for the epic journey once the game gets released.

Which brings us to our next question: when is Halo: Infinite coming out? Will the pandemic delay its 2020 Holiday release date?

Last month, 343 assured fans that COVID-19 have not delayed the work being done on the game. Microsoft and 343 heads adjusted the developers’ schedule to work from home, but this doesn’t mean that their output has been slowed down.

“It hasn’t been a vacation though,” the blog read, “as every team is adapting and getting creative to make sure they can do their best from outside the studio. Both 343 and Microsoft’s leadership teams have been providing constant updates with how the COVID-19 situation is progressing, how our projects are progressing, and recommendations on how best to stay safe during these unprecedented times.”