Barron Trump is reportedly making history at the White House in a way that the other children of the presidents that came before Donald Trump didn’t.

According to Express, the 14-year-old is the only son of a president who is studying at St. Andrew’s Episcopal School in Potomac, Maryland.

Barron’s school is located approximately 30 minutes away from the White House.

The past presidents’ children all went to Sidwell Friends. Malia and Sasha Obama studied at Sidwell Friends before transferring to Harvard and the University of Chicago, respectively.

Bill Clinton’s daughter, Chelsea also studied at Sidwell Friends. And during her graduation, the former president was the one that gave the commencement speech. 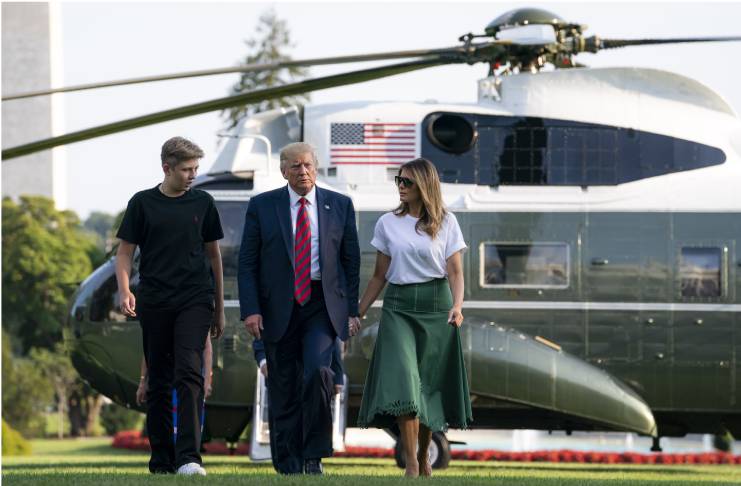 “We are very excited for our son to attend St Andrew’s Episcopal School. It is known for its diverse community and commitment to academic excellence. The mission of St Andrews’ is ‘to know and inspire each child in an inclusive community dedicated to exceptional teaching, learning, and service,’ all of which appealed to our family. We look forward to the coming school years at St Andrew’s,” she said.

Initially, the White House wanted to hold off the FLOTUS’s announcement for fear that protesters may flock outside the school while it is still in session.

However, since some parents of the students enrolled at the school started asking questions about Barron’s upcoming autumn enrollment, the staff decided to confirm his attendance.

St. Andrew’s Episcopal School is a coeducational college-preparatory independent school for preschool until the 12th grade. As of last year, the school has over 600 enrolled students.

The student-teacher ratio at the school is reportedly at 7:1. Despite the school’s name, there are only 16 Episcopalians enrolled at St. Andrew’s.

Eighteen percent of the students are Roman Catholics, while 10 percent are Jewish, 23 percent are Presbyterians like the POTUS, and 1 percent are Muslims and Hindus.

“The perspective of the Episcopal Church includes respect for other religious traditions and even for those periods of life when a person is not identified with a particular religion. At St Andrew’s, every member of our Preschool through Grade 12 faculty is trained in Mind, Brain, and Education Science. This knowledge of how the brain learns allows teachers to take the latest research and implement it into their classrooms,” the school’s website states.