Fake news has infiltrated the crypto space in recent years and is becoming more prevalent as people rely more on social media for their ‘news’. Innovative solutions are emerging to help crypto enthusiasts identify and avoid it.

Crypto startup Datafloq has found an innovative solution to combating the scourge of fake news.

This comes in the form of a browser plugin that allows users to rate articles across the web. The idea is to rate content on quality and authors on reputation.

The system uses detailed analysis, AI and real-time feedback to rate articles on value, fake news probability, and the likelihood of plagiarism.

The platform has been tokenized which enables users to earn crypto while they read. FLOQ tokens, which are currently unlisted on coinmarketcap, will be awarded to contributors and users that submit article ratings. 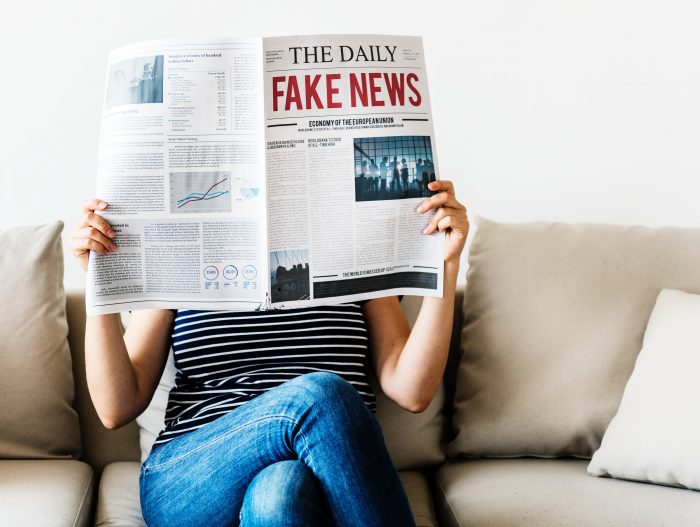 The firm has also launched its own search engine which will rank articles and authors based on their reputation scores.

Datafloq is not the only company to come up with fake news fighting solutions. Trive offers a similar browser plugin that scores websites on their reputations and propensity for spurious content.

What is fake and what is real?

Social media allows anyone to say whatever they like which is why it should really be approached with caution when searching for news.

Twitter is the crypto scene’s social ‘battlefield’ of choice and it is not without its fair share of fake news and scams.

There have been a number of examples of fake news in the crypto industry in recent months. The first that comes to mind is the misreporting of an alleged raid on Binance offices in Shanghai.

A furious CZ vowed to sue The Block for the fake news and partly blamed it on a dip in Bitcoin prices at the time. Binance told Bloomberg there was no raid and that it hasn’t had a Shanghai office for two years.

There was a similar incident last year when fake news emerged regarding raids on Tron offices in China.

More recently Coindesk reported that the Bitcoin surge was a direct result of more Tether printing whereas in reality analytics website Coinmarketcap just added the USDT on the Tron network to its figures.

Bitfinex CIO Paolo Ardoino called them out on it:

IOTA and Microsoft partnership stories were used to pump the token and we do not have to even mention ‘Faketoshi’ Craig Wright and the fraudulent claims that were plastered all over the web last year.

Crypto media is click driven so high traffic makes for happy advertisers. This is a tried and tested model for online media providing the content has not been falsified to serve purely as clickbait.

According to a Gartner report, up to 30% of world news and video content will be authenticated as real by blockchain ledgers countering “Deep Fake technology”.

Social media news feeds from the likes of Facebook and Twitter are increasingly being used as platforms to disseminate fake news. While blockchain combined with AI is emerging as the latest weapon to battle this digital scourge.