If you’re prepared to stake your cryptocurrency, you can earn annual returns up to 266%. Here’s how.

More than $6 billion worth of cryptocurrency is now ‘staked’ – a massive increase from the $775 million locked up at the start of the year. That figure is only expected to grow and current projections suggest it will top $19 billion within 12 months.

But what is staking?

At its simplest, ‘staking’ simply refers to locking up coins or tokens in order to earn a reward.

In cryptocurrencies that use the Proof of Stake consensus mechanism, coins are staked to that users can become validating nodes to help verify transactions on the blockchain.

But staking is also used colloquially to refer to locking up crypto for a variety of other reasons.

In some cases, staking is a marketing gimmick that encourages people not to sell by providing dividends while in other cases, it’s an essential part of the tokenomics designed to help grow the ecosystem and/or value of a token.

Some projects use staked cryptocurrency as collateral to create stablecoins.

140 projects use Proof of Stake

There are 140 cryptocurrencies that use Proof of Stake, equating to around 6.22% of the total number of different coins.

The average return on staked cryptocurrencies is 11%.

Ethereum is moving to a Proof of Stake model in the Ethereum 2.0 Serenity update, which will require users to stake 32 Ethereum to run a validating node.

When the system is finally up and running (early next year is the current hope), users are expected to make returns of 2-12% (it’s not been decided yet). There will only be a maximum of 3.5 million distinct validators. 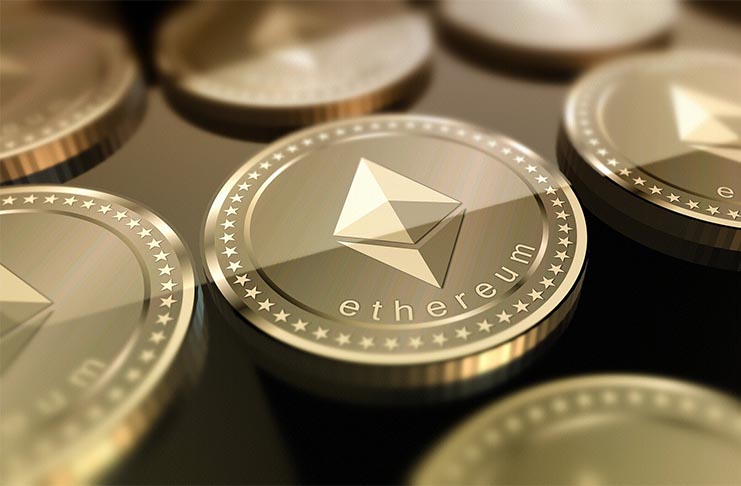 According to StakingRewards.com (which collates various ways to make passive income from crypto including PoS, dividends, and masternodes), the platform with the highest return is smartphone blockchain Enecuum, which is currently offering 265.96% annually.

The site rates this as ‘very risky’ however, perhaps due to its low market cap of just $7.4 million.

Ethereum-based live streaming service Livepeer, with its $86.6 million market cap, is rated only ‘moderate risk’ with its 155.4% return while Australian crypto derivatives platform Synthetix.io has a 75.27% annual return also with moderate risk.

I have Synthetix Netowork Token SNX locked up with Synthetix.io – and while it’s a very innovative platform it’s not particularly user-friendly.

Users have to keep manually adjusting how much SNX that have locked up as collateral to create the stablecoin SUSD to keep the ratio above 750%.

There’s only a brief window to collect the rewards before they disappear, plus they’re locked for some time.

Still, the rate of return so far has been promising enough to make jumping through hoops worth it.

Users who lock up SNX receive returns in the form of more SNX and get a share of the trading fees from people trading on the platform.

As with any new platform, there’s the risk of total disaster – a risk reinforced recently when Synthetix lost, then recovered, $1 billion when a rogue trading bot exploited a bug.

Not everyone has the equipment or the desire to run their own validating nodes for PoS blockchains, so a variety of staking companies have emerged to help out as middlemen.

You hand over your funds and they take care of all the technical stuff and send you back a return on your investment.

There are plenty of options to choose from including Staked, P2P Validator, Coinbase Custody (aimed at institutional investors), Coinone, EON, Stakinglab and many more.

These companies can also be handy if you don’t have the minimum amount required to stake. For Ethereum for example, you’ll need 32 ETH to run your own node, however, if you stake via Rocket Pool, you can become a validator with just 16 ETH.

Like anything in crypto, staking comes with its own risks. Staked coins are often kept in hot wallets, which are a target for hackers, and some staking projects are very low quality.

“There is no magic pill that makes you rich, and the staking ecosystem is also full of concerning projects,” a representative of P2P Validator told CryptoHound recently.