The full specifications of Huawei’s upcoming flagship P40 and P40 Pro smartphones have been leaked online a day before its official online launch event.

The leak was released by known tech journalist Roland Quandt on a German tech website. A detailed list of both the smartphone’s features and specifications were released together with photos of the handsets.

Huawei was supposed to launch the phones through an event in Paris, France, however, the company changed its plans due to the novel coronavirus (COVID-19) pandemic. The Chinese OEM decided to opt for an online release similar to what Apple did with their product launch.

The Kirin 990 5G processor powers both the P40 and the P40 Pro with 5G connectivity for the units to be released in Europe. An LTE version is also available in the region.

For multitasking, the P40 has 8 GB of RAM and 128 GB of storage while the P40 Pro has an option for a 128 GB storage or the larger 256 GB. Both models include a microSD expansion slot.

The P40 Pro has a large 4200 mAh battery while its smaller sibling has 3800 mAh. Both models have an in-display fingerprint scanner and NFC.

The two smartphones will run Android 10 with EMUI 10.1 on top. The Google Mobile services support is not available for Huawei’s 2020 smartphones. But do not fret as the company introduced its own ‘Huawei App Gallery’. 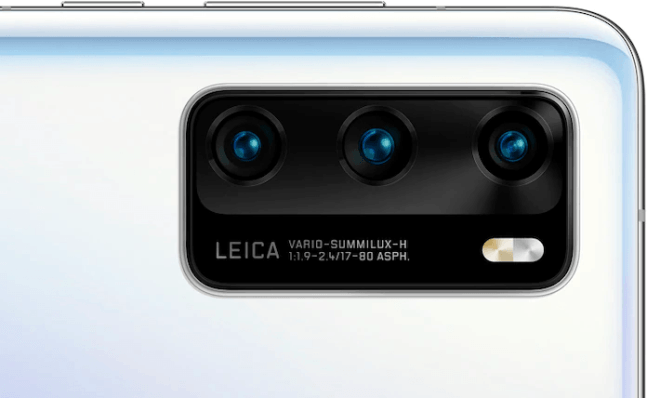 Are both models still a mobile photography beast?

The P40 Pro will have two modules at the back with RYYB sensors. The centerpiece is a 50 MP f/1.9 “UltraVision” camera with optical image stabilization. There is also an Octa Phase Detection system together with pixel binning. This means that an AI-powered feature will take several photos in less than 2 seconds and will recommend the best photo to use.

Another RYYB sensor is included to take care of videos. The phone will have a 40 MP ultrawide sensor that can record at 4k. The back camera has an impressive range of up to ISO 51,200.

An extreme telephoto feature called ‘SuperSensing’ zoom is available on the Pro model. The camera can zoom up to 50 times. This feature will use all cameras to take details but the majority of the photo will be based on the 12 Mp telephoto module.

A dedicated macro camera is available alongside a depth sensor for augmented reality and portrait shots.

The 32 MP selfie camera is housed on the top left of the display. It sits beside a depth sensor and 3D sensor for the face unlock.

The P40 will not feature the 3D sensor on the front but the resolution is the same with the P40 Pro.

The smaller phones rear camera is the same with the P40 Pro except for the telephoto module, which is reduced to 8 MP. But a 16 MP ultrawide camera will be available for use.

Huawei’s online launch is scheduled for March 26. The official prices and release date to the consumer will be announced by then. But relying on the leaks, the P40 is expected to retail for $864 and the bigger P40 Pro is out for $1000.