Canalys has reported that Huawei smartphone sales are higher than Apple and Samsung this year. This is credited to the growing number of sales in China.

For the first time in nine years, Huawei smartphone sales took the first spot. All thanks to the dominant Chinese market.

According to Canalys, Huawei has sold 55.8 million units. That is for the second quarter of the year alone.

The COVID-19 pandemic has paralyzed the economy in a lot of countries. The United States is still battling the virus. Meanwhile, China is already recovering from its losses.

The U.S. is one of the biggest consumers of Samsung and Apple devices. On the other hand, China remains to be the top market for Huawei.

The slow recovery of the U.S. market is affecting smartphone sales. People are set to buying essentials instead of upgrading smartphones.

Meanwhile, China’s recovery means that people are getting lenient and may now focus on purchasing other things. Smartphones included.

Huawei managed to sneak past Samsung and Apple in terms of smartphone sales because of this reason.

Apple and Samsung lost a lot amid the pandemic

According to Canalys, Huawei lost five percent of its revenue due to the pandemic. It is in comparison to its sales during the same time frame last year.

However, Samsung and Apple plunged further.

Samsung sold 70 million smartphones during the same time last year. But, the Korean company dropped 30% in sales as the pandemic continued.

“If it wasn’t for COVID-19, it wouldn’t have happened. Huawei has taken full advantage of the Chinese economic recovery to reignite its smartphone business,” said Ben Stanton, senior analyst at Canalys.

Stanton also added that Samsung has a very small presence in China. It only has one percent of the total smartphone shares in the country.

Meanwhile, Samsung is strong in other countries such as Brazil, India, the U.S., and Europe. However, all of these countries are still suffering from the effects of COVID-19. 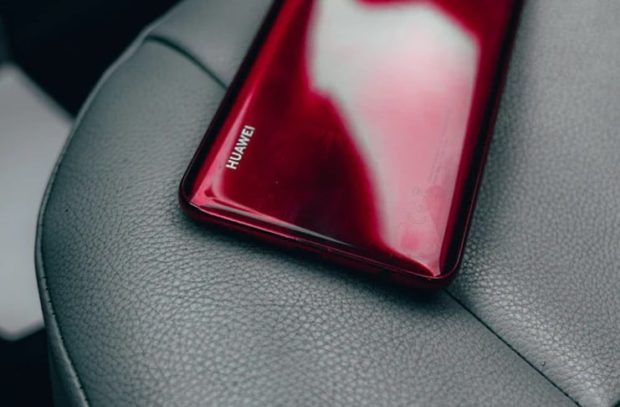 Can Huawei sustain its momentum?

Huawei is on a good spot right now. But, analysts are worried about how long the company will sustain its momentum.

There is no certainty if Huawei will keep the top spot once the economy of other countries gets going.

This follows the trade ban between the U.S. and Huawei. It is worth considering that the majority of Huawei sales are from China alone. Around three-quarters of its sales are from its local market.

Huawei also suffered a 27% decline in sales from other countries. The number may plunge further due to the lack of Google Media Suite on Huawei devices.

The Huawei App Gallery is present for its ecosystem. But, it cannot compete directly with the Google Play Store.

Besides the trade ban, Apple may sell more devices once it recovers. The iPhone 12 is arriving soon. Plus the iPhone SE 2020 is gaining a huge share of the mid-range market. The iPhone 11 snatched a huge chunk of sales in China as well.

According to Counterpoint Research, Apple smartphone sales grew by 32% during the second quarter of the year.

Jio said that Huawei may be on the top right now. But, it will be difficult “to maintain its lead in the long term.”

He added, “its major channel partners in key regions such as Europe, are increasingly wary of ranging Huawei devices. (They are) taking on fewer models, and bringing in new brands to reduce risk.”

“Strength in China alone will not be enough to sustain Huawei at the top once the global economy starts to recover,” said Jio.

It will not be long until Huawei smartphone sales start to decline in comparison to Samsung and Apple. This might take a few more months. But, if Huawei wants to keep the spot then it has to do something with its global presence.