The Humble Fight For Racial Justice Bundle is out now, and it’s one of the biggest so far. The bundle includes curated video games, books, and even comic books.

With the Humble Fight For Racial Justice Bundle, gamers can get a combination of great curated games for $30. The bundle uses Steam keys where it’s necessary, so players can add it to their growing collection.

Not only do players get great games, but the bundle also includes books and comic books. Players will also get a free 1-month subscription for new subscribers.

The Fight for Racial Justice bundle came out of the recently concluded itch.io bundle. The initiative moved forward by game platform itch.io, included more than 1700 games in it. All games from a total of almost 1400 creators, many of which are indie titles.

Itch.io’s bundle came at $5, which was a superb collection at such a price point. The bundle was able to attract extreme amounts of money at almost $8.175 M. The primary issue for the game, however, is the sheer scale.

At 1700 games, the entire bundle only adds more backlog for gamers. To players who have their collection, this only adds a more significant backlog to their list. Calls among the community asked for a smaller, curated set of games.

Humble’s bundle is an answer to this request within many within the gaming community.

Humble offers up to 50 curated games, books, and more

The new Humble Fight For Racial Justice Bundle contains games, books, and comic books for only $30. The bundle includes 50 games, many of which are at least $60 in value. For the price of one game, players can get keys for any platform the PC game is available. 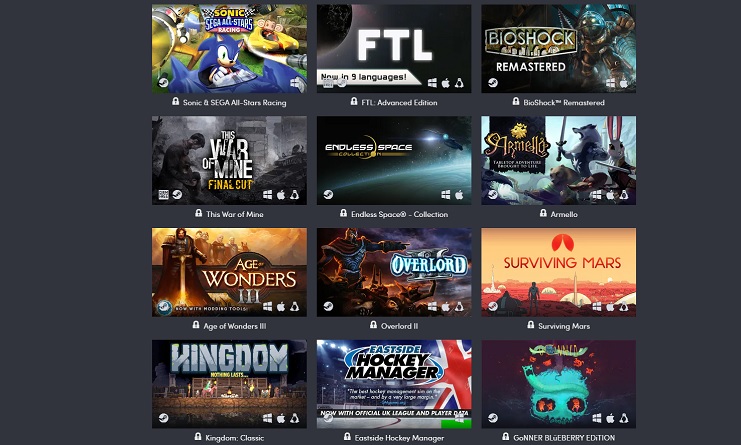 Some of the games available for players in the bundle include indies like Hyperlight Drifter, Baba is You, and Spelunky. There are also AAA games like NBA 2K20, Bioshock Remastered, Elite Dangerous, and Kerbal Space Program.

In the list, players can find more exciting games like FTL, Jackbox Party Pack 4, and Age of Wonders 3. The bundle also has interesting books and comic books, many about fighting oppression and racism.

Some of these include Attack on Titan Anthology, Resist!, and The Power of Protest.  The proceeds for the bundle will go to three charities in support of the black community. These charities are NAACP Legal Defense Fund, Race Forward, and The Bail Project.

Humble Fight For Racial Justice Bundle will also give away one month of free Humble Store subscription to new subscribers. The bundle will be available for the next seven days.

Digital artist ‘Pplpleasr’ reveals NFTs will be even bigger in the...