I, Dracula: Genesis is now on Steam Early Access. Players can enjoy the twin-stick shooter online as well.

The game is a rogue-lite, combining the chops of Enter the Gungeon with the style of Bitmap Brothers. The gameplay of I, Dracula: Genesis is something players can find in old arcade games.

It’s an isometric shoot’em up that lets the player build upon their arsenal in-game. The title has a superb demo at Game Jolt, albeit a relatively short and time-limited one.

Among many indie games, among the most common genre is the twin-stick roguelike or rogue-lite. It’s easy to make, only needs level coding or procedural generation and devs are good to go. If fans of the genre are wondering if they need one more in their life, Genesis is a pleasant surprise.

Unlike many games of its genre, I, Dracula is full of environmental pixel art, even to a certain excess. This process makes the game feel alive, rather than a dungeon with weathered tiles and stones. The maximalist style is refreshing to the eyes, which makes it seem like a labor of love.

The world of I, Dracula is like DOOM Eternal on an isometric shooter game. The game is full of guns, mutant monstrosities, Dracula, and magic. The demo can leave players aghast, but in a way that they’d want to play it again.

The game is crazy, following a post-apocalyptic landscape where Earth no longer exists. What populates the world are not humans, but rather monsters of every kind. Players can find robots, aliens, demons, and almost every monster in the book.

The only things close to human that can traverse this hostile landscape are Hunters. The Hunters have the right genetic modifications that allow them to hunt down monsters out in the new world. 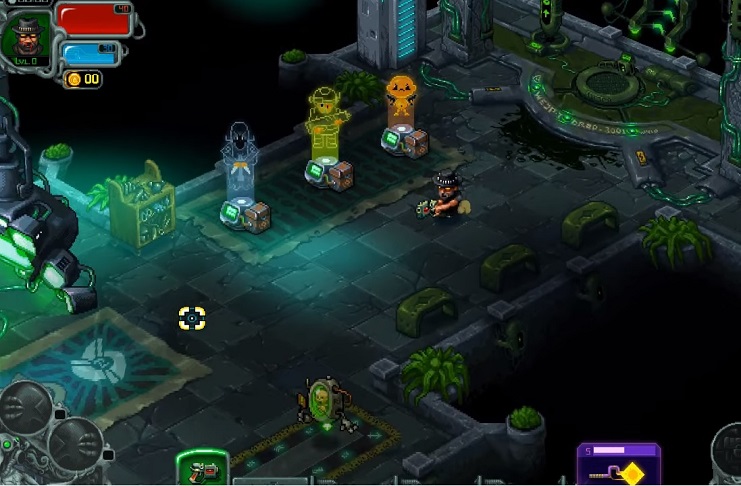 Genesis is hard, unforgiving but super-fun

I, Dracula: Genesis uses procedural generation for its maps, but this doesn’t take anything away. The game has a ton of guns and many other weapons. If players don’t want the guns they get, they can also break them into parts and craft what they want.

The game is hard, and its monsters are nothing to scoff at. With over 160 monsters and 20 bosses in its lineup, I, Dracula will be a war against the many denizens of the new world.

I, Dracula: Genesis offers the weirdest things players can find in a twin-stick shooter. They can enjoy all these while watching the game develop into a better, crazier world for its Hunters.