Home Technology Mobile iPhone SE vs. Android mid-range: Which one should you get?

With a price tag of US$399 (AUS$641), the iPhone SE is in direct competition with mid-range Android phones like the Google Pixel 3a, the upcoming Pixel 4a, and the Samsung A51.

The flagship processor of the iPhone SE is also a huge threat to its Android competitors.

With that being said, here is a rundown of how the iPhone SE matches up against the Google Pixel 3a, Samsung A51, and other mid-range Android devices.

The iPhone SE has a 4.7-inch Retina IPS LCD display with huge top and bottom bezels. Apple retained the iPhone 8’s design for the SE thus the design language did not age well.

Meanwhile, the Google Pixel 3a has a 5.6-inch, 2220 x 1080 display with noticeable smaller bezels than the SE. Samsung A51 has a larger 6.5-inch Super AMOLED display which is one of the best in this segment.

Speaking of the display, the iPhone SE’s retina screen is not that great compared to the A51. Samsung produces the best displays in the market. The vibrant, crisp display of the A51 with deep blacks make it the better choice.

But in terms of size, the iPhone SE is the better buy for people looking for a compact device. The Samsung S10e has the same size, but it is much higher than $400.

Performance is where the iPhone SE shines. It is powered by Apple’s A13 Bionic chip which is found on the higher Apple iPhone 11. For half the price, consumers are getting flagship performance that beats most mid-range Android devices.

Even flagship Androids should worry because at this price range, the iPhone SE’s performance is king.

For comparison, the Pixel 3a is powered by a Snapdragon 670. The Samsung A51 runs with Exynos 9611, while the Nokia 7.2 is running Snapdragon 660. The majority of mid-range smartphones all run with mid-range processors. 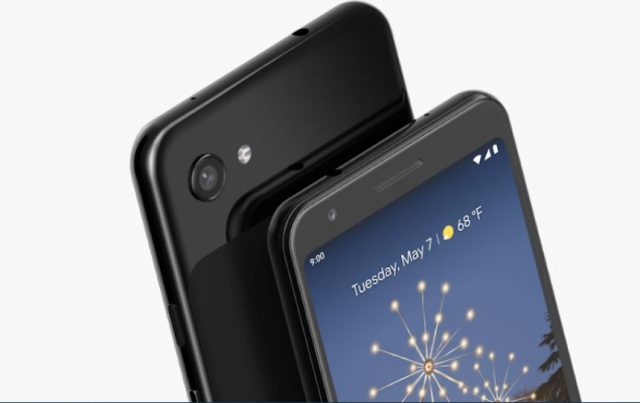 To be fair, Android OEMs will have a hard time matching Apple’s processor due to several reasons.

First, these companies do not produce their own processor except for Samsung and Huawei.

Second, Qualcomm is monopolizing the smartphone processor industry. But that might change soon, as Google is reported to be ditching Qualcomm for its own processor next year.

Even if Android companies manage to put on a previous flagship processor like the Snapdragon 855 on a mid-range device, it is still a year behind Apple’s A13.

Apple knows how to build durable smartphones and the iPhone SE is no exception. It literally has the same body as the iPhone 8, which has a glass back. Even the home button is protected by glass, and it does a great job at protecting against abrasions.

JerryRigEverything posted a YouTube video on the iPhone 8’s durability and the outcome will most likely be the same with the new iPhone SE.

The Pixel 3a’s build quality does not feel premium due to the cheap plastic material. It might survive falls better but it will scratch easier than glass back smartphones. The front display is protected by Asahi Dragontrail glass.

Samsung did the same on the A51 with its plastic back and plastic frame with Gorilla Glass 3 protection on the front.

Nokia 7.2 has an aluminum body but the back is still plastic. However, it is protected by Gorilla Glass 3 on the front.

In terms of build quality, the compact frame, as well as, premium design of the iPhone SE, is miles away to its Android counterparts.

One deciding factor when purchasing a smartphone is the camera quality. At this age of social media, high-quality photos are the norm and pixelated images are shunned.

Apple boasts that the iPhone SE is the best single camera that they have developed. It is basically the same camera as the iPhone 8, which still takes great photos by today’s standards. However, the magic comes through the software.

The Cupertino-based company said that the 12-megapixel back camera improves HDR photography by combining multiple shots into one to get the most detail. However, despite having the iPhone 11’s processor, the iPhone SE does not have a night mode.

Portrait mode is also available on the iPhone SE even without a dedicated depth sensor. Apple said that this mode uses machine learning to separate the faces from the background properly. The back camera also supports 4k-video recording at 30fps.

Android cameras are getting better these days. Mid-range smartphones offer not just two, but four cameras at this price range. 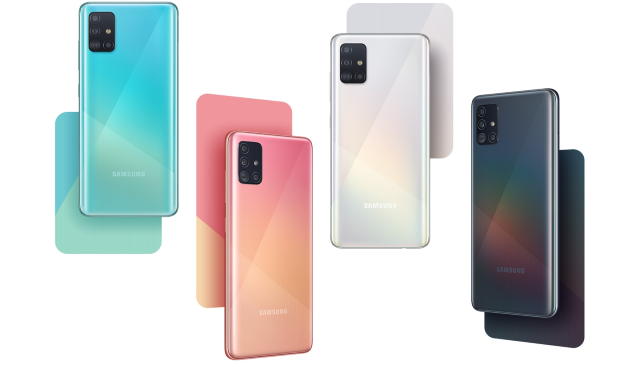 The Pixel 3a has the best camera among smartphones under $400. It takes flagship-level photos because it has the same camera and sensor as the top-tier Pixel 3. The front-facing camera is great as well.

In terms of cameras, the Pixel 3a is a safer choice compared to the iPhone SE. The Pixel’s technology is newer than the iPhone 8 plus Google has been taking excellent photos since the Pixel 1.

Roundup: Is the iPhone SE the new mid-range king?

The iPhone SE is very impressive with its top-tier processor. However, it is too early to tell whether it is the mid-range king. The Google Pixel 4a is coming out soon and it might snatch the crown from the iPhone immediately.

For now, if smooth software experience is the priority, then get the iPhone SE. It is an iPhone 11 at a smaller package with little extras such as bezels and a single back camera.

If you are someone who prefers more features and freedom on the OS, then pick an Android phone. The Samsung A51, the Moto G7 Plus, Pixel 3a, and Nokia 7.2 are all great options with their own respective strong points.

Either way, you can’t go wrong with these options.